Did Joe Biden Just Put Democrats in a Bind With His Defense Secretary Pick? 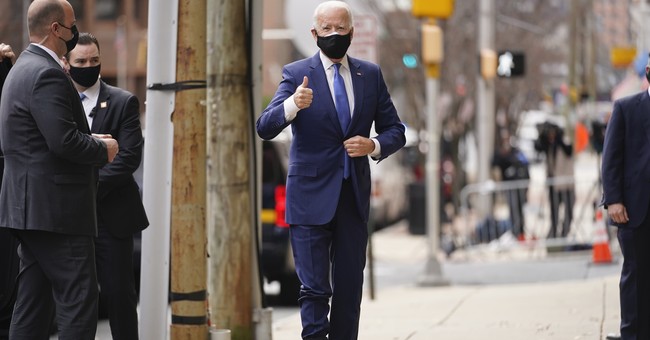 Katie wrote about this development last night. Joe Biden has made his pick for defense secretary. It’s retired Army Gen. Lloyd Austin. On a quick glance, the man has the credentials. His assignment was being the first black commander of CENTCOM. This is probably the most uncontroversial of Biden’s picks for government positions, but he might have also screwed his party regarding the nomination process. You see Gen. Austin retired in 2016. Remember, there’s that rule that no former member of the military should be considered for defense secretary until they’ve been out of uniform for several years. Democrats raised concerns about James Mattis helming the Pentagon when Trump won in 2016. And this pick has them primed to eat a lot of crap because we all know these Democrats only opposed Mattis because Trump picked him.

Now, with Biden, watch how the same people who opposed Mattis’ nomination out of respect for civilian control of the military and protection of our democracy will give Austin a waiver with no questions asked. Even The Washington Post noted how it will require multiple gold medals in the linguistic gymnastics to make Democrats not look like total idiots regarding Austin’s nomination. They also have the receipts regarding the waiver (via WaPo):

Several Senate Democrats spoke quite eloquently four years ago about the need for civilian control of the military as they opposed a special waiver to a federal law requiring that a secretary of defense be out of uniform for at least seven years to be eligible for the job.

All of them insisted that their objections were principled and had nothing to do with President-elect Donald Trump or retired Marine Gen. Jim Mattis, his nominee.

President-elect Joe Biden’s selection of retired Army Gen. Lloyd Austin to be secretary of defense will offer an early and crucial test for Democrats who opposed Mattis’s waiver. Now that a Democrat will be in the White House, we will get to gauge the sincerity of their supposed convictions.

“Civilian control of our military is a fundamental principle of American democracy, and I will not vote for an exception to this rule,” Sen. Kirsten Gillibrand (D-N.Y.) said in January 2017.

Sen. Elizabeth Warren (D-Mass.), a member of the Armed Services Committee, put on her professorial hat to explain why Congress passed the statute in 1947. “Americans have always been skeptical of concentrated government power, and concentrated military power is at the top of the list,” Warren said at the time. “There were lots of impressive, highly qualified World War II veterans in 1947 who were barred from serving as secretary of defense. We established this rule because the principle of civilian control protects our democracy, and our democracy is more important than any one individual.”

Sen. Jack Reed (D-R.I.), the top Democrat on Armed Services, reluctantly voted for the waiver. “Waiving the law should happen no more than once in a generation,” he said in 2017. “Therefore, I will not support a waiver for future nominees, nor will I support any effort to water down or repeal the statute in the future.”

Those are the 13 Senate Democrats to watch for when this showdown occurs. Okay, it won’t be much of a showdown, but these 12 should be bombarded with questions regarding why this referral was okay, and 2016’s was not. You all know the answer though.