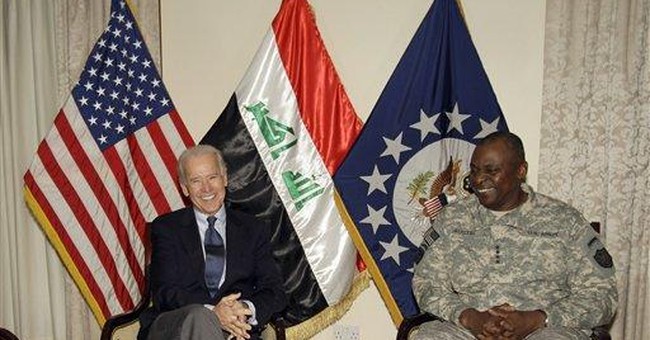 Retired Gen. Lloyd Austin, once viewed as a long-shot candidate to be President-elect Joe Biden’s defense secretary, has been chosen to lead the Pentagon, according to three people with knowledge of the discussions.

The decision comes two weeks after Biden announced the other senior members of his national security team. Although Michèle Flournoy, who was widely seen as Hillary Clinton’s choice to be defense secretary had she won the election in 2016, was initially viewed as the frontrunner for the job, Biden has been under growing pressure to nominate a Black person to be his defense secretary.

SCOOP: It's done—Biden has selected Retired Gen. Lloyd Austin to lead the Pentagon, and will announce his nomination tomorrow. w/@laraseligman @tylerpager @connorobrienNH https://t.co/PidjAhC9AQ

More on Lloyd's background from the American Academy of Diplomacy:

General Lloyd J. Austin III culminated his military career serving as the 12th Commander of U.S. Central Command from 22 March 2013 to 30 March 2016. In this capacity, he was responsible for military strategy and joint operations throughout the Middle East and Central and South Asia. He also served as the Combined Forces Commander, overseeing the military campaign to defeat the terrorist organization, ISIL in Iraq and Syria.

A native of Thomasville, Georgia, General Austin attended the United States Military Academy at West Point, graduating in 1975 with a commission in Infantry.

During his nearly 41 years of military service, he commanded units at every echelon, with duty in Germany, Panama, Iraq, Afghanistan, and the United States. He also has the extraordinary distinction of having commanded troops in combat at the 1-, 2-, 3- and 4-star levels. After his first assignment with U.S. Army Europe, General Austin was assigned to the 82nd Airborne Division at Fort Bragg, N.C., where he commanded a company and served as an assistant brigade operations officer. General Austin then commanded a second company in Indianapolis, IN before earning a Master’s Degree from Auburn University and serving as a Company Tactical Officer at West Point.