Again? We Have Another Postal Worker Facing Possible Federal Charges For Trashing Ballots 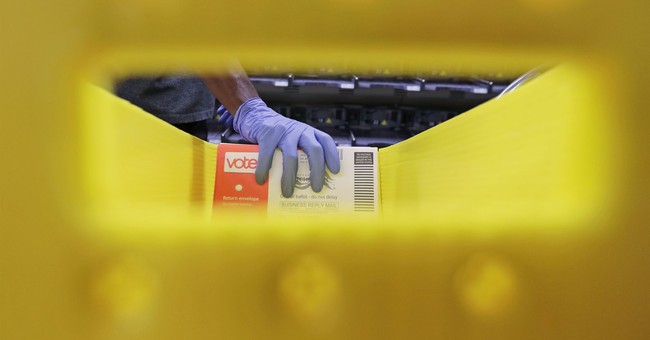 I’ve been told this doesn’t happen in America. Voter fraud is overblown. It’s not a real thing, so says liberal America. So, then why were municipal elections in Paterson, New Jersey invalidated by a judge? Oh, right—because twenty percent of the ballots were tossed for being fraudulent. This was voter fraud. Period. And the chances of this happening increase dramatically if we went by the Democrats original proposal of mail-in ballots due to COVID. They’ve changed their tune, thanks to ballot rejection rates being high and the Postal Service being unable to guarantee that all ballots submitted by mail would be delivered in time to be counted. It’s a mess.

A U.S. Postal employee "is no longer employed" and could face federal charges after absentee ballots were found in a dumpster near Jeffersontown on Thursday.

In a release, Special Agent Scott Balfour from the U.S. Postal Service Office of Inspector General said agents identified the postal employee they believe is responsible for discarding the mail and that person is "no longer employed by USPS." Balfour said federal privacy concerns don't allow him to comment further about the employment status.

On Thursday, the USPS was notified that a contractor found undelivered mail in a dumpster on Galene Drive near Tully Elementary in Jeffersontown. Agents recovered the mail that included 112 absentee ballots and two political advertisements. All the mail was to be delivered to the 40299 zip code. That is an area primarily in the boundaries of Bardstown Road, Interstate 64, Hurstbourne Parkway and Interstate 265.

All the ballots and political flyers were returned to the USPS and delivered to customers.

Voting in-person is safe. Do it.