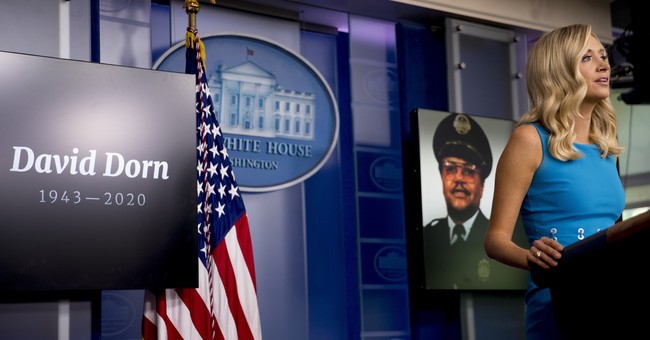 Ann Dorn will never be the same again. Her husband, David, a retired former police chief, was slain during the St. Louis riots that followed the officer-involved death of George Floyd in Minneapolis last May. Floyd’s death sparked the latest wave of Black Lives Matter activism, left-wing violence, and mass looting and arson engulfing the nation.

Chief Dorn worked security for his friend’s pawn shop. He answered all the alarms. As Ann noted, many were false alarms, most of them caused by animals or storm.

On June 2, it was no false alarm. The door of the business had been breached. It was a night of mayhem. As Chief Dorn was attempting to check on the store, a looter shot and killed him. Dorn’s death was live-streamed on social media. Ann Dorn, fighting back tears, described how David’s grandson watched his grandfather dying on the sidewalk.

“I learned of all this around 4:00 am when our doorbell rang,” said Dorn. “The chief of police was standing outside. I let in the chief...Fighting back tears, he uttered the words every officer’s spouse dreads.”

Dorn says that she re-lives that horrific day constantly.

“My hope is that having you re-live it with me now will help shake this country from the nightmare we are witnessing in our cities and bring about positive, peaceful change,” she said.

In a plea with the rioters, Dorn lamented how we got to this point, this blatant disregard for human life. She said this isn’t a video game, where you can commit violence and mayhem and reset to bring the characters you brutalized back to life.

“Violence and destruction are not legitimate forms of protest. They do not safeguard black lives. They destroy them,” she said. She noted how President Trump is giving law enforcement the resources they need in a time when Democrats are spitting in their faces.

"Violence and destruction are not legitimate forms of protest. They do not safeguard Black lives; they only destroy them." pic.twitter.com/2NfA2XbD2e

Dorn added that this president knows we need more "David Dorns" in our communities, not fewer.