Well, for the progressive Left who were already down on Joe Biden, you’re lucky to have former Obama aides out there making the case for why…you should totally stay home on Election Day. Sen. Bernie Sanders had the momentum for a hot second, but like in 2016, as soon as the race headed south—he got clipped. Oh, and saying nice things about Fidel Castro’s Cuba that could put Florida easily in the Trump column for 2020 didn’t help matters. That was the infamous ‘I can’t bash all of the Cuban Revolution because everyone there can read now’ now moment. With Bernie out of the way, the 2020 Democratic field was a massive horde of no-names. No one knows who Cory Booker, Kirsten Gillibrand, Julian Castro, or Tom Steyer are outside of their immediate orbits. And yet, these folks had more staying power than Kamala Harris who is supposedly this top pick that we all missed because her initial 2020 run was an outright disaster.

Joe was the only person left who was nationally recognizable. It was a ‘sigh’ moment for Democrats. That begrudging realization that Joe maybe it. Biden got lucky, but for those on the Left, still skeptical about this guy, those fears were once again reaffirmed by former Chicago Mayor and Obama White House Chief of Staff Rahm Emanuel saying if he were Biden’s adviser, he would take Green New Deal and Medicare for All off the policy debate table. Those two items, the ones that get the progressive base animated, would be suffocated with a pillow and the bodies placed into a shelf. Yikes (via CNBC):

Rahm Emanuel: 'Two things I would say if I was advising a Biden administration, one is no Green New Deal and two is no Medicare for All.' https://t.co/lbkGtdOW3x

Emanuel, appearing on “Closing Bell,” said he believes that the former vice president can win over disaffected Republicans with a platform that has moderate language to get behind.

Democrats must not only attract Republican voters who want to put Trump out of office at the end of his first term, but retain those voters under the party’s big tent, said Emanuel, who served as White House chief of staff under former President Barack Obama. He made the same case in a Wall Street Journal opinion piece Saturday, saying that suburban voters in areas of Arizona, North Carolina and Pennsylvania, battleground states that Trump won in 2016, can be flipped.

The lack of support for a “Green New Deal” and “Medicare for All” in the Democratic platform helps the party balance between the desires of the moderate and more progressive members, Emanuel said on CNBC.

With a broad coalition of support that stretches from four-star generals to Black Lives Matter supporters, Biden can leverage his decades of governing experience in Washington to “culturally move them into a comfort zone,” he said.

Really? Are Democrats really thinking that many anti-Trump Republicans exist? First, those people aren’t Republicans, they’re Democrats. Second, losing progressives is a mighty big hole in the tent—and this remark from a key player in the Obama administration might have given the Never Biden movement a new look for progressives. Even Bernie Sanderss speech at the Democratic National Convention was a lackluster endorsement of Biden, where the Vermont Senator highlighted his difference with Joe on health care but pretty said it was better than nothing. That’s not satisfactory to those who truly believe in universal health care, where a half-measure is no progress at all. These are revolutionaries. It might be better for them to wait it out, let Trump win, and try again in four years when the nation has Republican Party fatigue regarding the White House. Biden is the Democratic establishment, so is Rahm—and his remarks just reminded legions of left-wing voters of that who, in their minds, thinks that Biden and Trump aren’t that much different in the sense that what they want to see happen in DC won’t occur under the presidencies of these men. So, why vote. Stay home and try again in four years. Whether we like it or not, there will be a progressive candidate a la Bernie who will be able to get better black voter support in the South. These left-wing types are taking over the party. Bernie was a solid foundational candidate, but his weakness with black Democrats was always a lingering issue. Someone will correct that.

For now, more lefty Democrats just got a reassurance that there’s a good chance even if Biden wins, a lot of the revolutionary goals they want will be trashed. Now, I hope Biden loses, but let’s say he wins, does this, and depresses activist Democrats, even more, he could lose 2024 and set back the clock for health care even further for these left-wingers. In New Hampshire, where Townhall was covering the primary, it was quite clear with the Bernie folks that if this guy didn’t clinch the nomination that devastation would impact the most vocal ad active members of the party. Well, that enthusiasm gap confirms that. Team Obama really making the case for the most die-hard voters to stay home is quite something. 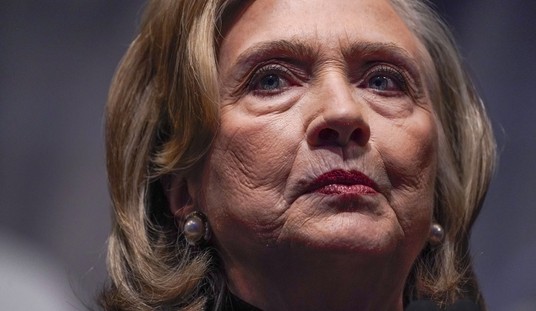