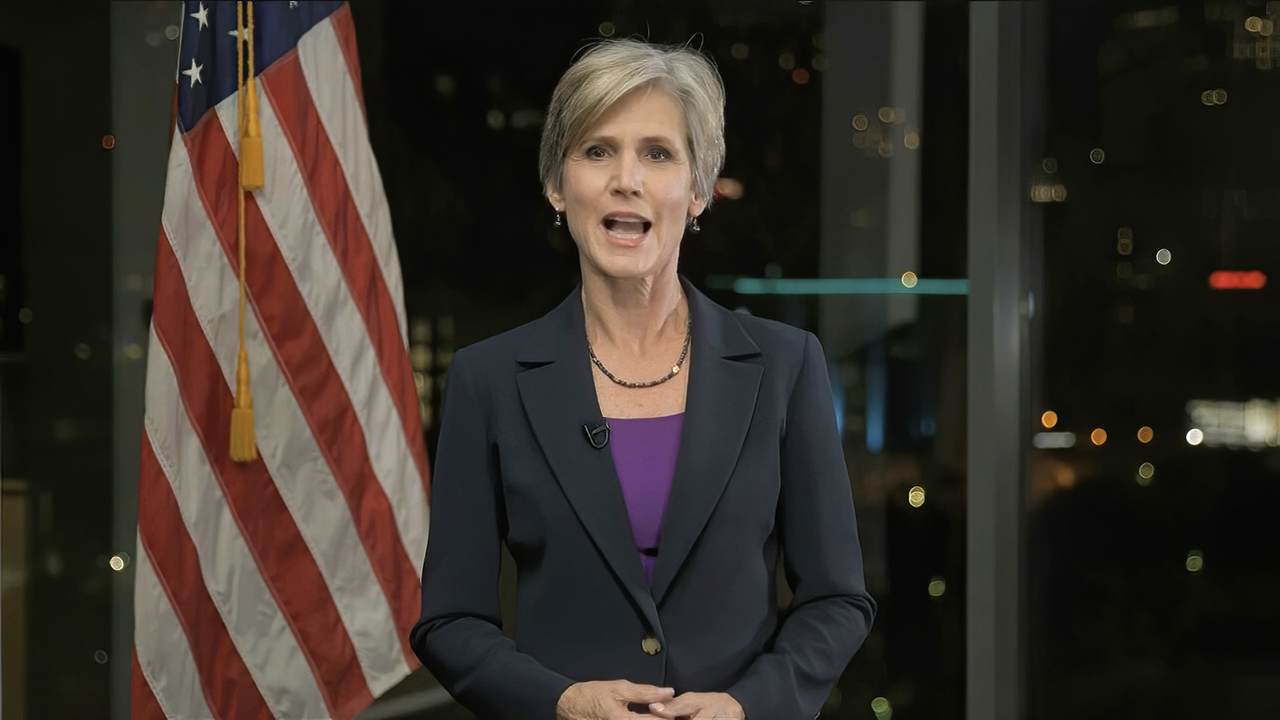 When this order was first given, it set off a meltdown like no other in the liberal media and with Democratic state attorneys general especially. President Trump's executive order on immigration, which was erroneously smeared as a so-called "Muslim Ban," was challenged endlessly. It was met with multiple injunctions. Remember, this was before the Trump White House got their judicial offensive primed. In June, President Trump reached a milestone on that front by having his 200th judicial appointment confirmed. It's flipped or balanced multiple Circuit Court of Appeals. The Ninth Circuit, one of the most liberal, has been altered completely. And when this happened, the injunctions from snooty little state AGs stopped. Yet, that doesn't mean the Left drew first blood, especially when the Department of Justice resister-in-chief Sally Yates refused to defend or enforce this lawful order. She was fired. She wanted to be fired.

And now, she addressed the Democratic National Convention last night, where she described the order as "unlawful" and "shameful." I guess deep state Sally forgot that the Supreme Court upheld the constitutionality of the travel ban…two years ago (via NYT):

The Supreme Court upheld President Trump’s ban on travel from several predominantly Muslim countries, delivering to the president on Tuesday a political victory and an endorsement of his power to control immigration at a time of political upheaval about the treatment of migrants at the Mexican border.

In a 5-to-4 vote, the court’s conservatives said that the president’s power to secure the country’s borders, delegated by Congress over decades of immigration lawmaking, was not undermined by Mr. Trump’s history of incendiary statements about the dangers he said Muslims pose to the United States.

Writing for the majority, Chief Justice John G. Roberts Jr. said that Mr. Trump had ample statutory authority to make national security judgments in the realm of immigration. And the chief justice rejected a constitutional challenge to Mr. Trump’s third executive order on the matter, issued in September as a proclamation.

Verdict: Of course, Yates is wrong. It was lawful. It was constitutional. It was a national security priority. She didn't want to defend it because she wanted a way out of her acting AG job, get fired, and get the media attention as some iron lady of the resistance at the DOJ. She obviously didn't want to be there, and if that's the case, you resign. But don't peddle a "shameful" lie that the travel ban was unconstitutional, lady. SCOTUS has spoken and said your opinion on the matter was garbage. You're wrong.

Oh, and while Trump may have signed the order, Barack Obama was the one who selected the nations on the ban list. He got the ball rolling when he was tweaking the Visa Waiver Program Improvement and Terrorist Travel Prevention Act in 2015.