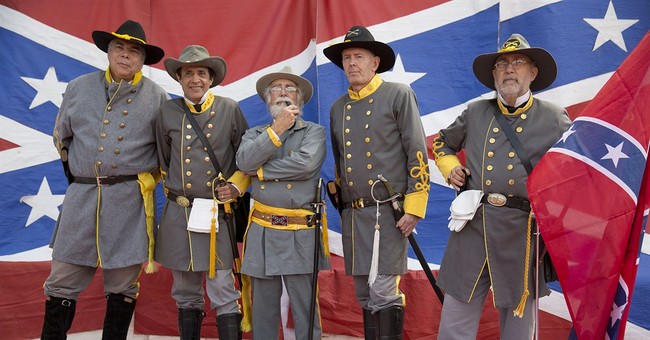 Ryan Lizza, Politico’s chief Washington correspondent, who was fired from The New Yorker in 2017 over a sexual misconduct allegation, decided to hurl this ridiculous question at White House Press Secretary Kayleigh McEnany: “Does President Trump believe that it was a good thing that the south lost the Civil War?”

Is this even real life anymore? If anything, it just shows that the press is and has always been anti-Trump and that this man has truly broken the minds of many in the media establishment. This question doesn’t even make sense. Lizza is a surprising victim of this derangement syndrome that has overtaken the media since 2016. I’ve usually liked his articles, but this is just garbage and a waste of everyone’s time. It’s also no shock for those you might not remember that this guy also serves as a senior political analyst for CNN. In that regard, yeah—this question totally makes sense.

This is an ACTUAL question from Ryan Lizza.

"Does President Trump believe that it was a good thing that the south lost the Civil War?"@PressSec smacks down Lizza's "question": "Your 1st question is absolutely absurd. He's proud of the United States of America." pic.twitter.com/4qq0KFiP4Y

Ryan Lizza of course. What a waste of a briefing room seat. https://t.co/q9zijXfY4h

“Does President Trump believe that it was a good thing that the south lost the civil war?” – Question from @RyanLizza to @PressSec at Monday’s White House press briefing. @KayleighMcEnany: “Absurd.” pic.twitter.com/WYNRFda9Xb

McEnany slapped down the question as “absurd,” noting that the president is proud of the USA. This renewed targeting of the Confederacy comes after the officer-involved death of George Floyd in Minneapolis, which sparked nationwide riots. The Left then began its campaign of political correctness by zeroing on, you guessed it, Confederate statues, which later leeched into vandalizing or destroying statues of Ulysses S. Grant, Jefferson, and George Washington. It was never about Confederate statues, but the erasure of American history.

NASCAR banned the Confederate flag at its races, only to suffer absolute humiliation after overreaching on a fake “noose” story. Driver Bubba Wallace said someone left a “noose” in his garage, which the FBI determined rather quickly was simply a garage pulley that had been there since 2019, long before Wallace occupied the space.

And these clowns wonder why they’re not believed, why they’re mocked, and why they’re rightfully confronted and verbally abused by Trump supporters. They hate us. We’re just responding in kind. And if they can’t take it, then find a different profession. Did these folks honestly think they can peddle lies, like the Trump-Russia collusion myth, and not be trashed mercilessly at the president’s rallies over it? And it is questions like this where the media earn their moniker of being enemies of the people.

I’d expect this from scores of other people in that room, but Lizza was a bit of a shock as he’s usually a bit more level-headed, but this is straight-up garbage.