It's Happened: The Political Correctness Mob Has Targeted The Masters Golf Tournament 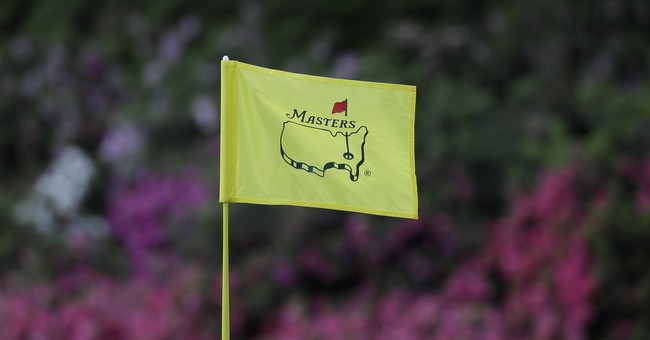 Is this real or satire? That's how bad this whole political correctness nonsense has become. Fruit snacks are taking preventative measures to avoid being torched by the progressive mob. You can't say Eskimo pie anymore. Uncle Ben's Rice is rebranding, as is Aunt Jemima's pancake syrup. Yeah, this is insane. And now, golf is under threat. The Masters tournament, one of the major championships in golf and the most prestigious, has a bad name or something. I'll let Deadspin explain this:

The name “The Masters” must go.

The heralded golf tournament, one of the four majors, needs to go back to its original name — the Augusta National Invitational. It became the Masters in 1939.

Tiger Woods, other big-time golfers and corporate sponsorships should demand it. In the current climate, with all the sweeping changes, it’s only right and just. Best of all, in this case, it’s a simple and smooth fix.

The Masters never felt good or even sounded good when you said it.

And before we hear from the choir about tradition and history, save it.

When that history and tradition is rooted in slavery, it shouldn’t be preserved and honored.

Augusta National was built on grounds that were once a slave plantation and was the property of a slave owner. And according to a 2019 New Yorker piece about the course, it’s believed that enslaved Blacks were housed on the property.

And be honest. When you hear anyone say the Masters, you think of slave masters in the South. There’s nothing else, nothing special. You don’t think of someone mastering the game of golf. When has anyone mastered golf?

Who has mastered golf? Is that a serious question? I'm not golf's biggest fan, but I'm sure Tiger Woods has done it. So has Phil Mickelson, Arnold Palmer, Bobby Jones, and Jack Nicklaus. In fact, Nicklaus has won 18 major championships. Woods is just three behind Niklaus, but he did win four majors in a row. Before the Masters era, Bobby Jones is the only golfer to win every major tournament in a single year. There are many masters of golf. And no one thinks slavery when it comes to this tournament, only the folks who need to complain about everything. And those folks tend to be liberal. Also, Rob Parker is the person who penned this piece. You might remember him for questioning Robert Griffin's (RGIII) blackness because he might be a Republican, and he had a white fiancée, Rebecca Liddicoat, at the time. Griffin and Liddicoat divorced in 2016. Still, this is the guy who we're going to take lectures on regarding racial sensitivity? We all remember what you said, man. ESPN fired you over it. Sorry, sorry—your contract…was not renewed because of the RGIII comments (via USA Today) [emphasis mine]:

You know a conversation has gone off the rails when Stephen A. Smith becomes the voice of reason.

That was the situation on…First Take, the ESPN troll-fest most famous for serving as the ongoing Tim Tebow conversation the world never asked for.

Rob Parker, a former Detroit News columnist, questioned the blackness of Washington Redskins quarterback Robert Griffin III and claimed he wasn't authentic. "Is he a brother, or is he a cornball brother," Parker asked.

"I keep hearing these things. We all know he has a white fiancée. There was all this talk about he's a Republican."

The bombastic Smith had to put an end to it.

Rob Parker’s contract expired at year end. Evaluating our needs and his work, including his recent RGIII comments, we decided not to renew.

Yeah, this is the man who says we need to rename the Masters.