A MAGA Hat, A Virginia School, and Another Case of Racially Motivated Bullying That’s Probably a Hoax 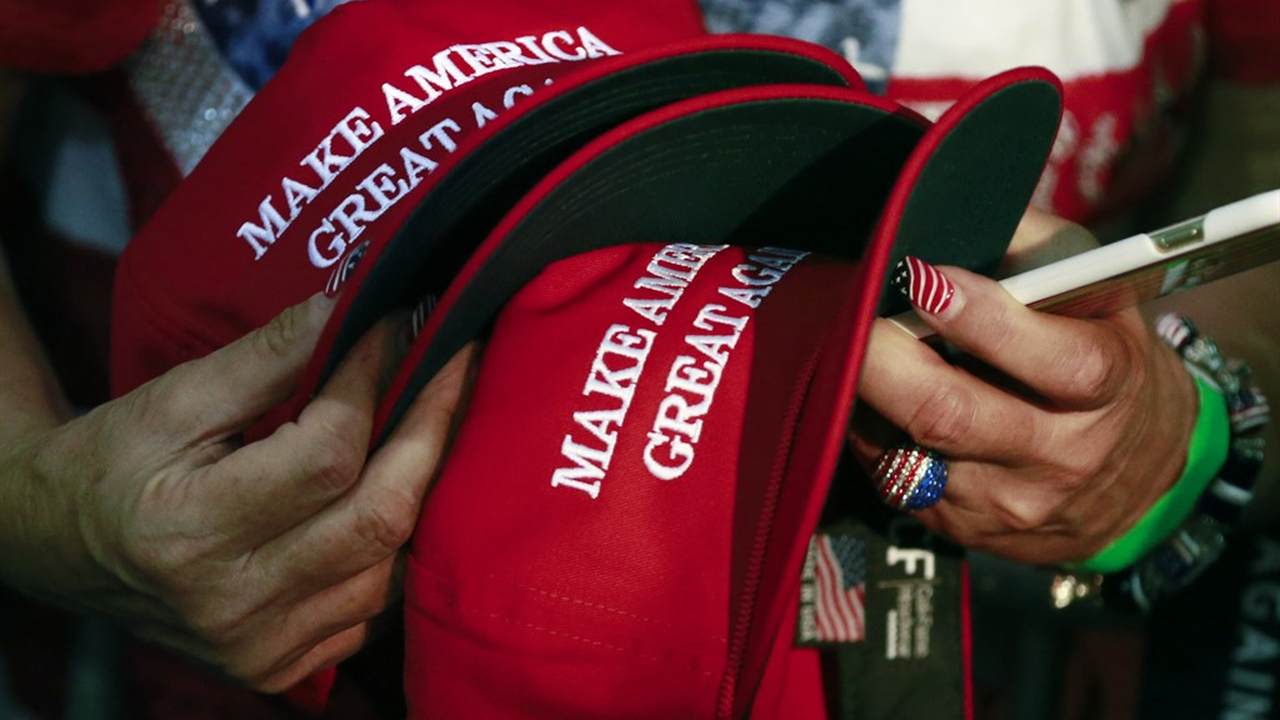 What is it with these hats? I mean I’ve never seen such reaction to ‘Make America Great Again’ hats. It triggers all the liberal snowflakes. We have people saying it’s an emblem of hate. So, wearing this hat is akin to the swastika. It’s the same old tired nonsense from the Left since 2016. And sorry MAGA ≠ Nazi for all you historically illiterate progressives out there who think anything disagreeable is racist. In Virginia, we may have another incident where some kids wore MAGA hats being harassed. Now, the school says that the articles of clothing were distracting and that racially motivated bullying occurred against a Latino student. Everyone involved denies there was any bullying. Someone is lying and if we’re going by precedent, it’s the liberal, anti-Trump snowflake who is always caught peddling tall tales.

The incident occurred at Marshall Middle School in Fauquier County, Virginia. The students were able to wear whatever hat they wanted if they donated a dollar. Fox5DCreported on this incident on March 5:

I just think that whenever President Trump comes into the equation, it just explodes and people, it triggers them somehow,” said Joe Teague, the father of one of the students at the center of the debate.

It all started last Thursday when Teague and others said students at Marshall Middle School were allowed to donate $1 for the right to wear a hat to class. Teague’s 14-year-old son Logan, as well as fewer than a dozen of his classmates, wore hats in support of President Trump.

The students said they were asked to take them off at lunchtime before ultimately all students were asked to remove their hats. District officials said it was because the hats were causing a “substantial disruption” and “tensions between students.”

But those families aren’t the only ones speaking out. A source with knowledge of the incident claims school officials had no problem with the MAGA hats until some, though not all of the students wearing them began bullying Latino classmates. The source said some students were told “go back to your country” as well as other deeply offensive remarks.

Asked whether he was aware of any bullying or discrimination at all, Joe Teague offered an emphatic “no.”

“No bullying. My son didn’t say one word to anybody,” he said. “He wore his hat in support of the President of the United States. I felt that they were just targeted.”

The students denied it too.

Yeah, in the post-2016 world, anonymous sources have been either wrong or doled out total garbage when it comes to stories like this, especially those centered on the inner workings of the Trump administration. It’s ridiculous. And there have been more than a few instances were some hate crime or racially motivated confrontation has been exposed as a total hoax. The Covington student Nick Sandmann sued CNN for their trash coverage of his time in D.C. The anti-Trump network settled (via Fox News):

“The settlement amount is confidential, but likely was in the millions given the intrusive nature of discovery Sandmann's attorneys would have into the CNN newsmaking process, and the cost of continued defense," he said.

Sandmann was swept up in a controversy after a video clip depicted the "MAGA" hat-wearing student smiling at Native American Nathan Phillips, who was beating a drum and singing a chant as he was surrounded by Sandmann's peers, who had joined in on the chant in front of the steps of the Lincoln Memorial.

However, several mainstream media outlets -- including CNN -- portrayed the incident with Sandmann and the other teens as being racially charged before additional footage surfaced and showed that a group of Black Hebrew Israelites had provoked the confrontation by slinging racial slurs at the students.

There was the Muslim woman who faked an attack on the subway. And let’s not forget Jussie Smollett’s racial hoax were two white guys wearing hats beat him, poured bleach on him, and hurled racist and homophobic slurs at him. The problem is that two black guys did it and it was staged. The New York Post has more instances of such theater since Trump won the 2016 election:

Just before the 2016 election, the 111-year-old Hopewell Baptist Church was attacked with fire and graffiti that said, “Vote Trump.” “The political message of the vandalism is obviously an attempt to sway public opinion regarding the upcoming election,” said Rep. Bennie Thompson (D-Miss.). Turns out the arsonist was Andrew McClinton, 48, an African-American member of the church.

“Heil Trump” and ”F-g Church” were spray-painted on St. David’s Episcopal Church in Indiana after the election. It was the gay organ player who did it. “Over the course of that week, I was fearful, scared and alone, too, in my fear,” George Nathaniel “Nathan” Stang, 26, explained to the IndyStar. “I guess one of the driving factors behind me committing the act was that I wanted other people to be scared with me.”

Forty-two Jewish tombstones were toppled in Washington Cemetery in Midwood, Brooklyn, in March 2017. While officials were worried it was an anti-Semitic act, after an investigation, the NYPD named another suspect: the wind. “[It was] due to neglect, or weather factors like soil and dirt and wind. There is no evidence to suggest this was a case of vandalism,” a police spokesman said.

Five black cadet candidates were bombarded with hate speech on message boards at the Air Force Academy Preparatory School in September 2017. It turns out that the comments were written by one of the African-American cadets. CNN commentator Frida Ghitis didn’t think that point mattered much in a follow-up report, saying, “The election of President Donald Trump lifted the rock under which much of the hatred had hidden, allowing it to squirm out into the light.”

African-American Adwoa Lewis, 20, of Long Island said four teens yelled “Trump 2016!,” told her she didn’t belong here and slashed her tires in September 2018, leaving a note that read “Go Home.” She later admitted to making the story up and putting the note on her car.

The media also likes to link these incidents to Trump by claiming the atmosphere, the environment has become more fertile for such instances. The mind reels. If there is such an environment, liberals are the ones taking full advantage of it and making total fools of themselves. Let them—it’s indicative of their political views and lifestyle.