With These (Partial) Results, It Looks Like Joe Biden Can Kiss Any Hope of an Iowa Victory Goodbye 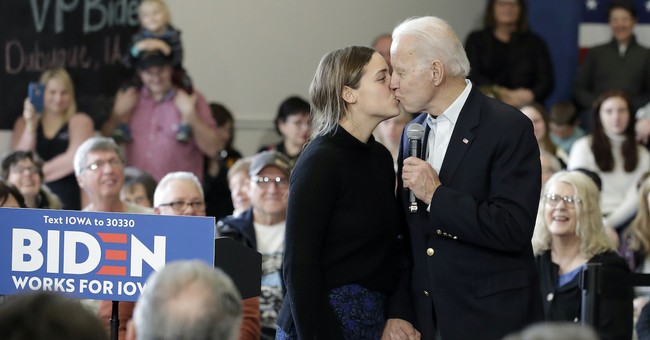 Well, last night was a disastrous night for Democrats regarding looking competent. The Iowa Caucus was marred by technical difficulties that created total chaos. We had no data. There was nothing to report. And this came after The Des Moines Register decided to pull their poll after Mayor Pete Buttigieg’s campaign made complaints. This was supposed to be a smooth ride. It was not. The app used to record the votes had a coding error, which led to the Iowa Democratic Party issuing a “quality control” review of the results. There was no hack, though security issues were reported prior to the caucuses.

State Democratic Party chair Troy Price said that 62 percent of the precincts from the state’s 99 counties have been tallied and they’re accurate. That was a paramount concern for Price, who also said he was not aware of the Department of Homeland Security’s offer to test the app’s security. Price also said he vowed to make this year’s contest the most transparent. He also apologized for the absolute mess that ensued as a result of this glitch.

Again, these are only 62 percent of the results, but Mayor Pete Buttigieg is in the lead with the allocation of the state’s delegates with 26.9 percent of the vote, followed by Bernie Sanders 25.1 percent, Elizabeth Warren with 18.3 percent, Joe Biden at 15.6 percent, and Amy Klobuchar at 12.6 percent.

Buttigieg with a narrow lead with 62% reporting on SDEs
Buttigieg 26.9
Sanders 25.1
Warren 18
Biden 15
Doubt that's enough for a network projection.
Don't know much about whether it's representative, so be cautious

Eyeballing the results by county, it does not seem to me that there's a disproportionate amount of outstanding vote in Bernie counties. So the results aren't obviously unrepresentative (even if they might be under closer examination)

Again, still early, but there are a lot of the outstanding precincts in Bernie country. This is a gut punch to former Vice President Joe Biden. The man is a heavyweight in the Democratic Party. He’s was supposedly the best person suited to beat Trump. Not the case. As in his two previous presidential runs, Biden is just weak. Bernie will win New Hampshire and he could have a solid showing in Nevada again. Biden could mount a comeback as this contest heads south of the Mason Dixon line, but it’s not a solid start. In fact, it’s a tad embarrassing.