Hawkeye Beatdown: Are We Seeing A ‘Biden Implosion’? 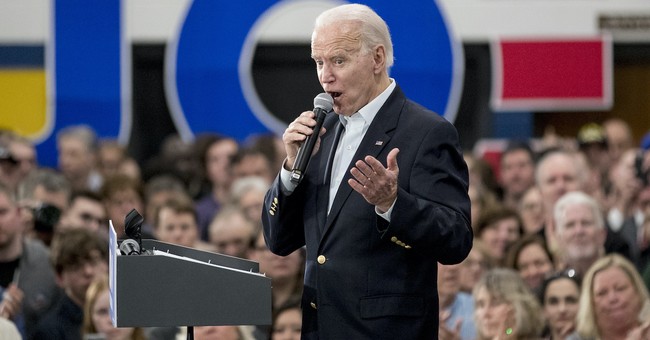 There are brutal reports coming out of Iowa that former Vice President Joe Biden is struggling mightily in precincts where he should have a shot at viability. The set-up of this contest can be rather rambunctious. People gather in their respective locations and pray that their candidate can clinch at least 15 percent to be declared viable to move into the next phase. David Wasserman of the Cook Political Report noted that it’s possible Biden won’t finish in the top three, a crushing blow to a candidate seen as a heavyweight in the Democratic Party and the person best suited to take on Donald Trump in November.

Widespread reports of Joe Biden barely/not viable in types of precincts he should be to have any type of chance. Having a hard time seeing him in top three...long way to go.

Biden is officially not viable they have 36 people. pic.twitter.com/1m2ORr05T2

.@JoeBiden not viable in a Davenport precinct where Atl Mayor @KeishaBottoms was dispatched, via uga ace @bluestein on the scene https://t.co/YI6RxByM0q

Joe Biden has the support of three people in Cedar Falls, IA. pic.twitter.com/FAK0yGGu0R

The Des Moines Register pulled the release of their much-anticipated poll prior to the Iowa Caucus due to the campaign of former South Bend Mayor Pete Buttigieg complaining about how the survey was conducted. The results of that poll were posted by FiveThirtyEight and others tonight showing Bernie Sanders in the lead. This is not a shock, as Sanders did well in Iowa in 2016. But Amy Klobuchar is doing decently in some areas, as is Pete Buttigieg. Project Mayhem is here for Democrats. Grab some popcorn.

Warren needs more precincts like this. Not a bad showing for Klobuchar (for Iowa City) either. https://t.co/GKkYdsyz3N

BUT are we seeing a "Biden implosion"

Reality check for those calling IA a “Biden implosion:” this caucus is totally unrepresentative of larger Dem primary electorate. Why?

All of Biden’s worst things.

Still, the winner of this contest has determined the eventual nominee 70 percent of the time since 1976. The last Democrat to win Iowa, but not secure the nomination was former Sen. Tom Harkin (D-IA) in 1992.

Recommended
Cheney: 'I Can Make Sure Trump Never Gets Anywhere Close to the Oval Office Again'
Sarah Arnold

The trick to beating Biden appears to be holding events after 8 PM. https://t.co/cYIqbGVIYC