How a Krispy Kreme Donut Almost Destroyed a Man's Life 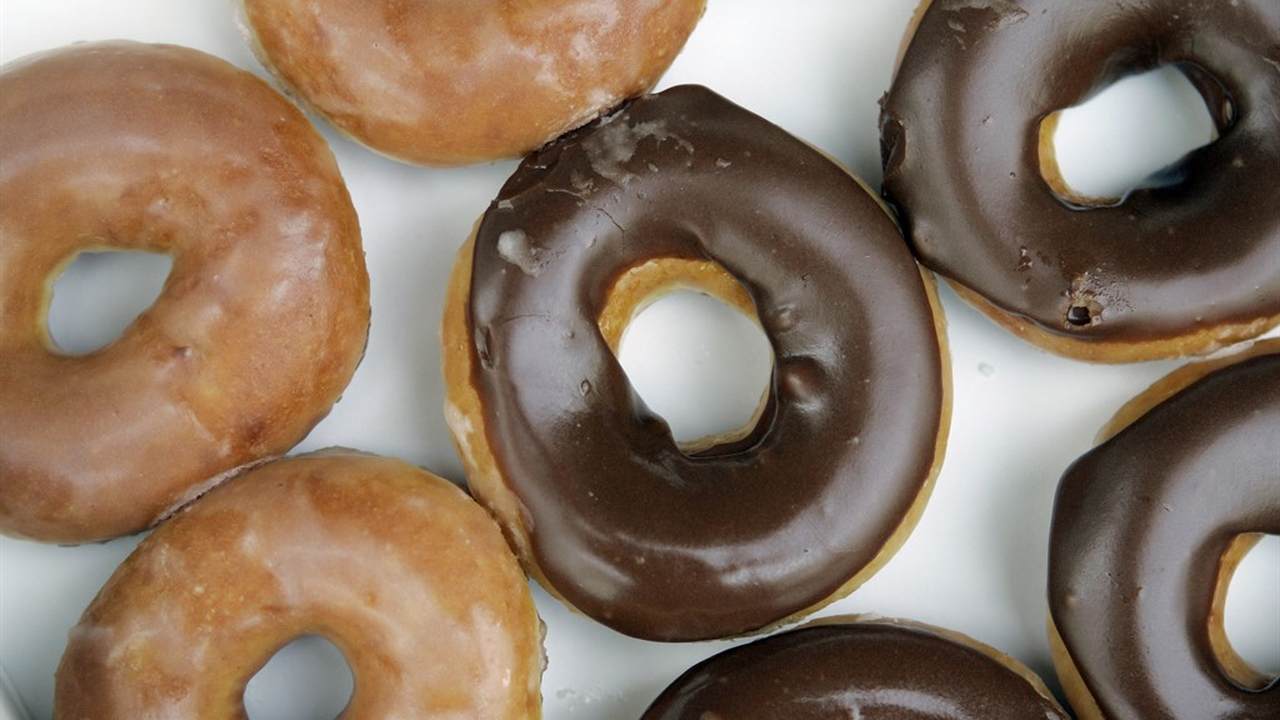 In December of 2015, what should have been a routine trip to the gym turned into a nightmare for Florida resident Daniel Rushing. He was pulled over for driving 41 mph in a 30-mph zone. They wanted to search his car. Rushing gave the officers permission to do so as long as he was given a ticket. It went far beyond that. The officers arrested Rushing for possession of crystal meth. There were two problems with this legal fiasco, one of them being that Rushing doesn’t drink or smoke. The other is that the substance the officer’s thought was illicit drugs was donut glaze from Krispy Kreme.

Rushing says he has one every Friday every other week. He does so to maintain his weight, though he admits he could eat more. I think most in the country would agree with that assessment; Krispy Kreme is very good.

In a new video by VICE, it details the darker side of the “Florida Man” stories. While most stories in this category are insane and humorous, even spawning a popular Twitter account that has since stopped pushing stories about its quirky residents, Rushing’s life could have easily been destroyed by shoddy law enforcement field equipment. The news organization interviewed Rushing and his lawyer, Bill Ruffier. Ruffier added that Rushing was going to be stopped and his car searched no matter what since police were doing a drug stakeout in the area. They deemed Rushing, Mr. Krispy Kreme, suspicious. And yes, Ruffier added that he found the story unbelievable at first but found out it was all true. Thankfully, Rushing didn’t spend too long in jail, about eleven hours he said. But he was stripped search and his mugshot was taken. Trying to add levity to the situation, he noted that the strip search was not as much fun as he’d expected. He was bailed out by his son-in-law. Rushing sued the police department and won (via Orlando Sentinel):

The City of Orlando paid $37,500 to a man to settle a lawsuit after police officers arrested him for what they thought was meth but was actually tiny flakes of glaze from a Krispy Kreme doughnut.

Daniel Rushing sued the city after a field test incorrectly showed he had drugs and he was arrested and taken to jail.

Rushing said he was pleased with the outcome and hopes he can get his record expunged.

He said he's been trying to start a security business, but to no avail.

"I haven't been able to work," Rushing said. "People go online and see that you've been arrested."

The video by Vice cites the work of The Washington Post’s Radley Balko who writes about the legal system, criminal justice, and civil rights. In old articles from 2015 and 2018, he noted what sorts of things have been identified as showing false positive in these shoddy field drug tests, some of which are wrong 70 percent of the time:

The Miami Herald reports that a Tampa Bay mother of four spent five months in jail after a drug field test erroneously tested positive for oxycodone. It took that long for her husband to accumulate the money to post bail. It then took another seven months before the state crime lab showed the field test to be in error.

In 2016, a report by Pro Publica and the New York Times found widespread false positives and user errors by cops when administering the most popular tests. Precise error rates are hard to calculate, because some test results can be affected by variables such as weather conditions, user error and lighting conditions. Some studies have shown error rates ranging from 1 in 5 false positives to 1 in 3. But even those disturbing figures can get worse if you create an incentive for a police officer to want a positive result. In 2009, the Marijuana Policy Project used the KN Reagent field test on 42 substances that weren’t marijuana. They were able to get false positives on 70 percent of them.

Oh, and Balko also noted the list of things that could get you arrested for drugs…according to these tests (via WaPo):

Abby Phillip [who now works for CNN] wrote about Joseph Ray Burrell, a Minnesota man who spent more than two months in jail because a police drug field test incorrectly identified a bag of vitamins in his car as amphetamines.

Yes, this is why criminal justice reform isn’t just some social justice warrior nonsense. There are conservatives who want to reform marijuana laws, mandatory sentencing laws, and other aspects of the legal system that are preventing former felons from re-assimilating into society. I’m not talking about drug lords, murderers, rapists, or child predators. Those people can die in a fire, but one in three Americans have a criminal record. Over 90 percent of inmates will be released. And we’re talking non-violent drug offenders. I don’t think years-worth of jailtime for simple marijuana possession is just. Liberals are making this issue more of a priority and when left alone in executing policy, bad things can happen. Conservatives being at the table is a must. It’s a conversation we should all have, as many of these issues deal with civil rights being infringed upon and a prison system that is just sucking money out of areas where its needed most.

Leaving out the politics, can we agree that one’s life shouldn’t be destroyed for a simple trip to get a donut? Or simply doing one’s job as a contractor? Here’s another story of a man who was arrested for cocaine possession. The real substance: drywall dust (via NPR):

Karlos Cashe was pulled over in March for driving without headlights and arrested by Oviedo police when court records showed that he was out past his court-ordered curfew. Those records were later shown to be out of date and inaccurate, ABC affiliate WFTV reported.

Police saw white dust on the floorboards of Cashe's car and tested it with a field kit. The substance showed positive for cocaine.

Cashe went to jail for 90 days – 90 days in which he knew that the white substance in his car was simply drywall dust.

"I know for a fact it's drywall because I'm a handyman," Cashe told WFTV. "I said that continuously during the arrest stop."

Our police are great. The men and women who wear the uniform to keep us safe and maintain law and order are not evildoers, but some of their equipment is apparently garbage and innocent civilians are getting caught up in bogus drug arrests that will destroy lives and families over nothing.