Virginia Is Undergoing a Second Amendment 'Uprising' Against Anti-Gun Democrats 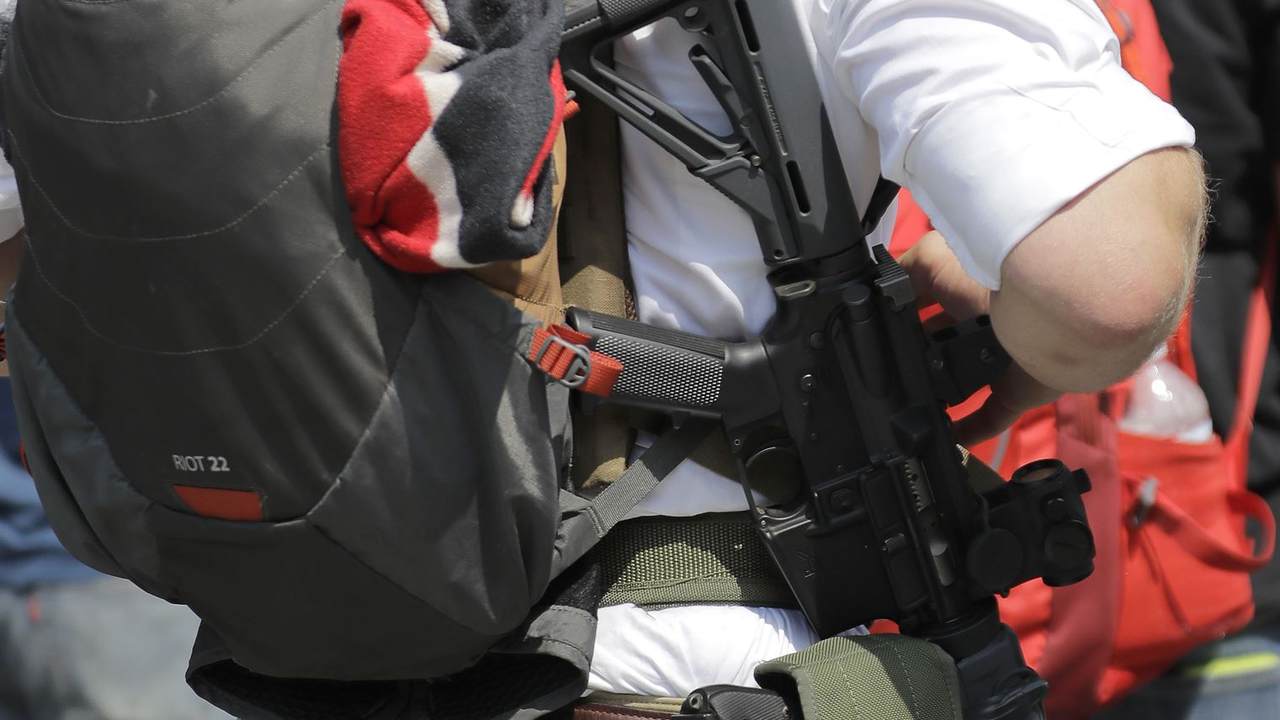 Next year will be rough for Second Amendment supporters in Virginia. The Old Dominion is going to have a united Democratic government. For the first time in two decades, Democrats will control Richmond. And you bet they’re putting gun rights in front of the crosshairs. Mike Bloomberg has spent a ton of money trying to flip the state. They have to do this, along with other typical garbage liberal policies. We’re becoming Maryland-lite. Partially, this falls on the state GOP, which has failed to win a statewide race since 2009. This cycle, a quarter, a quarter, of the state senate races had no Republican opponent. If you cede the field, you’ll lose.

Universal background checks, one-gun a-month rule, an "assault weapons" ban, magazine limits, and raising the age to purchase firearms to 21 are all in the works. Gun confiscation is off the table for now, with current AR-15 owners being subject to a grandfather clause. Stephen Gutowski of The Washington Free Beacon has more:

Governor Ralph Northam (D.) and incoming Senate majority leader Dick Saslaw (D.) said they will no longer pursue their marquee plan to ban the possession of "assault weapons." Instead, they will include a provision to allow Virginians to keep the firearms they already own. The reversal comes before the newly elected Democratic majority has even been sworn in, after a majority of the state's counties declared themselves "Second Amendment sanctuaries."

"In this case, the governor's assault weapons ban will include a grandfather clause for individuals who already own assault weapons, with the requirement they register their weapons before the end of a designated grace period," Northam spokeswoman Alena Yarmosky told the Virginia Mercury.

The Democrats' backtracking may indicate a trend in the gun debate in Virginia. Gun-control advocates poured millions of dollars into successfully flipping the state legislature, but the outpouring of opposition to their agenda, even in deep blue areas, may cause some new members of the state legislature to be cautious about backing gun control. The concession is unlikely to end the fight brewing across the state, however, as Democrats still plan to pursue a ban on many new sales.

The Virginia Citizens Defense League, which has pushed counties to refuse to enforce unconstitutional gun laws, said there is "no doubt" the Democrats' retreat was a result of the Second Amendment sanctuary movement.

Current AR-15 owners in Virginia will have to register their firearms, however, which the National Rifle Association is aptly calling a “down payment” on confiscation. Can Democratic Gov. Ralph Northam, who just survived a blackface scandal, mobilize the National Guard to enforce his anti-gun policies? From the looks of it, yes—he can.

Stafford County is now a sanctuary! That’s the last for tonight and number 101!

But the VCDL is pushing back by supporting the Second Amendment sanctuary movement, which has overtaken the state. Ninety percent of the counties have signed on, with Washington Examiner’s Paul Bedard calling it an “uprising.”

Since the Nov. 5 election that gave Democrats control of Richmond, an “organic,” pro-gun movement has prompted the governments of 86 of Virginia’s 95 counties, as well as 15 towns and cities, to adopt some type of sanctuary language, putting Gov. Ralph Northam and other liberals on notice that their gun control plans aren’t welcome.

“I did not think it would be that high of a number,” said sanctuary advocate and Culpeper County Sheriff Scott Jenkins.

“It’s an organic thing that just took off after Election Day. Elections have consequences, and this is the result. This has truly rocked the conservative, libertarian group's core. It has really shook a lot of them awake. They are fully awake,” he told Secrets.

“What’s happening is Virginia is becoming a national story and model,” said Cam Edwards, editor of Bearing Arms and a national authority on gun laws.

Yet, if we were able to find quality candidates, we probably wouldn’t be in this mess. By the growth and intensity of this movement, pro-gun rights voters haven’t left the state. The point is that even if you think the fight is over, it’s not. The GOP had a supermajority in the House of Delegates, and now the Democrats have taken over. Some of it has to do with moderate Republican suburban voters abandoning the party, but some complacency had to have set in; we had a supermajority. And in a few election cycles, Democrats have clawed back with a vengeance. Lesson learned.