Is Benjamin Netanyahu Finished In Israel? 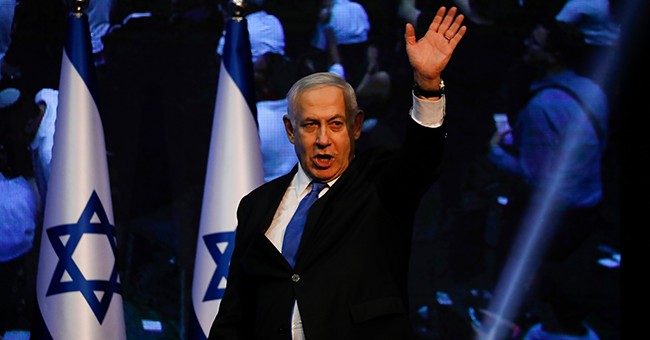 Well, all good things come to an end. At least for now, it looks like that’s the case for Israeli Prime Minister Benjamin Netanyahu. Oftentimes, with elections, the other side wins. It’s something that Democrats forget, thinking they’re entitled to win all races, but I digress. In Israel’s system, the incumbent leader—Netanyahu—has failed to form a new government. Israeli President Reuven Rivlin now looks to Benny Gantz, the former Chief of the General Staff of the Israeli Defense Forces, to form a new government that requires 61 seats in the Knesset. He was the Blue and White’s candidate in the recent election, where they split with Netanyahu’s Likud Party in a 35-35-seat split. The Arab-Israeli parties have the third largest sect of the Israeli parliament. Is this terrible news? It’s not so bad, as Gantz has already said he will reinforce Israeli settlements in the West Bank and vowed to never give up the Golan Heights. In fact, there is a lot on the national security front that Blue and White shares with Likud, which is why Rivlin proposed a national unity government.

According to The Washington Post, that negotiation broke down quickly, with Gantz and Netanyahu unable to come to any agreement. The publication added that the proposal for a rotating prime minister between Likud and Blue and White was agreed upon in principle, but Gantz wanted someone else to lead Likud due to Netanyahu’s possible indictment on corruption charges. Netanyahu also insisted on including what the media considers his far-right sect into the mix. If nothing is agreed upon, Rivlin can ask anyone else to form a government if they can get parties to clinch that 61-seat threshold. If that fails, we have another election in March. Yet, before that is decided, this whole process in trying to form a new government is going to take weeks (via WaPo):

Israeli President Reuven Rivlin immediately said he would give Gantz a chance to assemble a majority of lawmakers, making him the first person other than Netanyahu authorized to form a government in more than a decade. Gantz will have 28 days to do what Netanyahu could not: entice at least 61 members of the Israeli parliament, or Knesset, to support his bid.

Power-sharing talks between Netanyahu’s Likud party and Gantz’s Blue and White party — the two biggest factions in the Knesset — broke down almost immediately. The parties emerged from the September electins with a nearly identical number of seats, and neither was close to a controlling majority.

despite Rivlin’s plea that the two sides form a unity government, neither party was willing to budge on key demands. Netanyahu said any governing coalition must include his allies among right-wing and ultrareligious parties. Gantz said someone other than Netanyahu, who is facing likely corruption charges, should lead Likud into a unity government.

The two sides tried hashing out a compromise suggested by Rivlin, under which they would share the prime minister’s position on a rotating basis, with Gantz assuming power if and when Netanyahu is indicted. Netanyahu quickly agreed to the concept but couldn’t bring along Gantz, who may have calculated that Netanyahu’s position will only weaken as his legal case continues.

If Gantz cannot form a government within the next four weeks, the president could then invite anyone else in the Knesset to try to assemble a majority of 61 seats. If no one succeeded within three weeks, the country could face its third national election in a year, probably in March.

Israel’s system is devised for coalition-building due to the various factions and party blocs. No party has ever won an outright majority. So, let’s see what happens. Is Netanyahu finished or will he live to see through another election and maybe do better? We’ll have to wait weeks, maybe months, to find out.