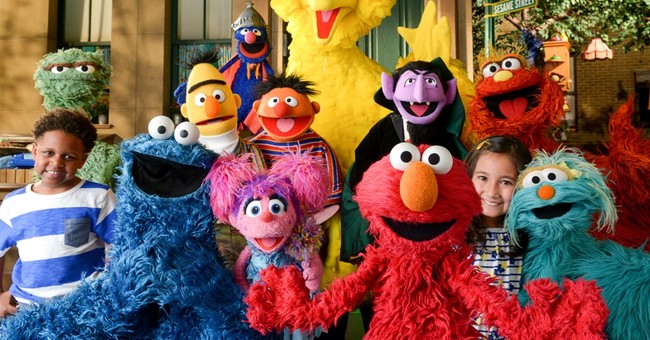 Sesame Street is a staple of most childhoods for American kids. My sister was a huge fan of is growing up. There are rumors that she cried when the closing song was sung, and the credits rolled. I cannot confirm, but people are saying that. I was a Mister Rogers’ Neighborhood fan myself, but as with anything—times change. And there is a huge change coming for the Sesame Street universe. No, it’s not being canceled, but the introduction of its latest character is sure to raise some eyebrows. The Sesame Workshop is taking on the opioid crisis. The green-colored Karli, who was introduced earlier this year, is set to reveal why her character was in foster care; her mother is an addict. Why even go here? Isn’t this a bit dark for kids? Yes, it is dark, but with millions of kids under the age of 11 living with at least one parent battling addiction, it was time to address it (via The Guardian):

Sesame Workshop is exploring the backstory of Karli, a bright green, yellow-haired friend of Elmo’s whose mother is battling addiction.

Sesame Street creators said they turned to the issue of addiction since data shows 5.7m children under the age of 11 live in households with a parent with substance use disorder. America’s opioid crisis has grown steadily worse in recent years. The Department of Health and Human Services reported 10.3 million people misused opioid prescriptions last year, and an average of 130 people die every day from opioid-related drug overdoses.

“There’s nothing else out there that addresses substance abuse for young, young kids from their perspective,” said Kama Einhorn, a senior content manager with Sesame Workshop. It’s also a chance to model to adults a way to explain what they’re going through to kids and to offer simple strategies to cope.

“Even a parent at their most vulnerable – at the worst of their struggle – can take one thing away when they watch it with their kids, then that serves the purpose,” Einhorn said.

The initiative is part of Sesame Street in Communities resources, which offer online child activities and assistance to parents.

This summer in Manhattan, puppeteers, producers and show creators crammed into a small studio in the not-for-profit organization’s Manhattan headquarters to tape some of the upcoming segments on addiction.

Karli, voiced and manipulated by the puppeteer Haley Jenkins, was joined by a young girl whose parents are in recovery.

Karli had already been introduced as a puppet in foster care earlier this year but viewers now will understand why her mother had to go away for a while.

The online-only segments with Karli and Salia are augmented with ones that feature Elmo’s dad, Louie, explaining that addiction is a sickness, and Karli telling Elmo and Chris about her mom’s special adult meetings and her own kids’ ones.

Again, this shouldn’t come as a shock. The opioid crisis is a devastating epidemic ravaging the country. The Trump White House has declared a national emergency over it. In 2017, over 70,000 people died from overdoses. Americans are now more likely to die from a drug overdose than a car accident. It’s a crisis that 30x worse than the crack cocaine epidemic. And with those inflicted now soaring into the millions—and they’re children—any medium should be utilized to draw attention.