'Meet The Press' Panel: All Who Say 'Illegal Immigrant' Need To Be Condemned 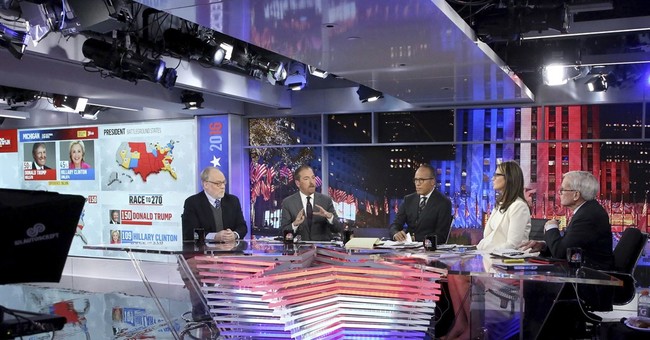 In the wake of the horrific mass shooting in El Paso, Texas, liberals have decided to ban another word: illegal immigrant. Despite the fact that it’s been used in the political lexicon for decades, it’s now seen as a call for violence…if you’re an unhinged liberal.

In journalism, illegal immigrant (or alien) was used—and nothing happened. Why? Well, because there’s a special class of people who commit these mass shootings, most are mentally ill. And in the case of El Paso, the shooter seemed like a loser fuming over the fact he lost a job opportunity at a local store. The manifesto reads like an extended comment thread on any website. He bashes Republicans, immigrants, and says that killing is necessary to ensure the sustainability of the planet. Yes, there are eco-terror ties in this so-called screed.

The views of the shooter predate Trump. They’re nothing new, but liberals, still being incapable of letting 2016 go, have blamed Trump, the NRA, the GOP, and anyone who doesn’t think like them for the shooting. And people wonder why polarization is so deep nowadays. It’s the Democrats who are the ones driving the wedge.

Anyway, Sunday’s episode of "Meet The Press" brought this whole "slam those who say ‘illegal immigrant’" nonsense to the forefront (via Newsbusters):

According to frequent NBC and MSNBC guest, radical Princeton professor Eddie Glaude, not only should we condemn the President but we also needed to condemn anyone who used the term “illegal immigrant”.

As NBC political director Chuck Todd turned to Glaude for his two cents, the MTP moderator lauded him for his past radical preaching’s. “I think in a good way making people uncomfortable when you would talk about it. In a way, it's like it's time to address it. We do see it shifted the conversation a bit,” Todd boasted.

“What does it mean to have a discourse in which people are dehumanized? Where you use a phrase like illegal immigrant,” Glaude bloviated. “Where the phrase itself places that person outside of a certain kind of sense of empathy and decency.”

Meanwhile, the liberal media has taken every opportunity to smear and label Trump voters as racist and worthy of contempt.

Glaude singled out former North Carolina Governor Pat McCrory, who was sitting at the table with him. “Children. You use this Governor, children carrying perhaps disease across the border. What happens? You set the stage for people who are even more on the extreme to act violently,” Glaude sneered.

“Governor, you can't condemn that without making the equivalency move,” Glaude angrily spat as he knocked on the tabled. The professor was upset because McCrory reminded the panel that left-wing terror organizations like Antifa existed (an organization that Todd had invited on to his shows before).

Oh, and that’s not even the worst of it. President Trump has ordered flags to fly half-staff until August 8th to honor those who lost their lives in the El Paso shooting and the one that occurred less than 24 hours later in Dayton. Yet, MSNBC analyst Frank Figliuzzi thought the gesture was a nod to Adolf Hitler. I’m not kidding. You know—because of the 8/8 (the eighth letter of the alphabet is HH = ‘Heil Hitler’). Yeah, they’re hitting the crack pipe hard over there today: