Bleeding To Death: This Left-Wing Publication Is Facing A Devastating Revenue Shortfall And Up For Sale 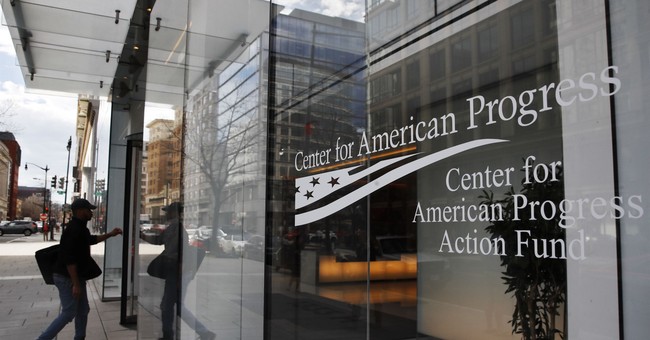 I don’t gloat at the demise of a liberal publication. Okay—Whom am I kidding? Do you think these people would feel any pangs of empathy or compassion when conservative media outlets fail? Hell no. All you have to do is take a gander at how liberals are reacting to the news about the National Rifle Association’s media outlets, which we will not go into here. You can search and read for that on your own. It’s schadenfreude. So, let me indulge a little of my own over the news that Think Progress, the publishing arm of the liberal Center for American Progress, is up for sale.  They’re facing a revenue shortfall that is quite astronomical, soaring into the millions ever since Donald J. Trump was inaugurated as the 45thpresident of the United States. The site saw a near $400,000 drop in ad revenue, coupled with a near $200,000 decrease in online contributions. Oh, and of course, Think Progress will only sell to those who share its progressive views on policy. That means the D.C. sanitation department should probably make an offer. The Daily Beast has more (via Daily Beast):

ThinkProgress, the flagship news site of the Democratic think tank Center for American Progress, is up for sale.

Staff were informed on Monday afternoon that the site would be sold off and a CAP official told The Daily Beast that the organization would begin looking for prospective buyers for the website, which has come under severe financial strains during the Trump era.

Launched 14 years ago during the height of the Bush administration, ThinkProgress made a name for itself over time as an unapologetically progressive source of news and a launching pad for several major progressive luminaries. But the site, which is editorially independent from CAP, has struggled in recent years as advertising revenues have dried up and traffic has dipped. According to internal documents previously reviewed by The Daily Beast, the site was facing a $3 million gulf between revenues and expenses in 2019, with $350,000 of it made up by a shortfall in ad revenue and nearly $180,000 of it coming from a drop in expected online contributions.

ThinkProgress has never been profitable. In the past, it has made up its shortfalls with contributions from CAP and CAP donors. Several ThinkProgress alums told The Daily Beast that they believed that CAP could continue covering the deficit but had concluded that the site was too much of an editorial headache and too big a financial drain for them to rationalize doing so.

So, sayonara, Think Progress as we know it. There’s no doubt someone will probably buy this rag. John Podesta, a die-hard Clintonite, former White House Chief of Staff, and former top Obama adviser, is a key fixture at CAP. And if we know one thing about Clinton Democrats, they save one another. There’s always some favor made many ages ago that has to be honored in this political orbit. We’ll see what happens; hopefully nothing.