Say Anything…But Not That: John Cusack Gets Trashed For Peddling Anti-Semitic Tweet 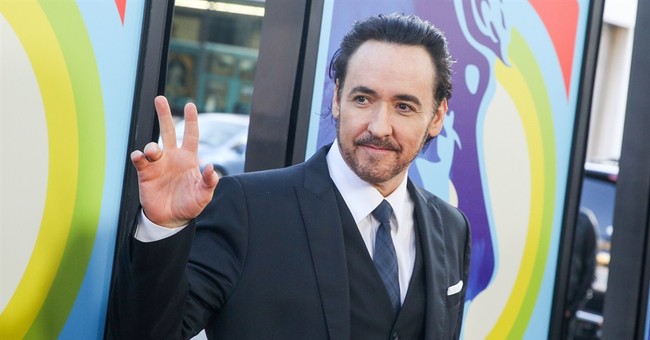 Well, it looks like Rep. Ilhan Omar has some more company concerning her past history with peddling anti-Semitism. This nasty brigade has one more member apparently. It’s no shocker that this person is from the Hollywood Left. John Cusack was caught tweeting an anti-Semitic cartoon, which he later deleted. He blamed it on a bot, though Yashar Ali of New York Magazine noted that the actor, an unabashed progressive, defended the tweet in several posts before finally deleting it (via Daily Beast):

The tweet, which was only up for a short while, quickly drew the ire of many of his followers. At first Cusack fought back against the criticism, but later deleted the tweet. “A bot got me- I thought I was endorsing a pro Palestinian justice retweet - of an earlier post - it came I think from a different source - Shouldn’t Have retweeted... ,” the actor explained.

It very much followed the same vein as Omar’s ‘all about the Benjamins’ post, where she directed criticism at AIPAC’s donations and political activity. It doesn’t take a detective to see that this is related to bigoted ‘Jewish money leads to control’ narrative. Omar apologized for that tweet, but has yet to apologize for accusing supporters of Israel of exhibiting dual loyalty.

Now John Cusack will never get into Harvard.

Is John Cusack one of the freshmen trio of Dem women? I’m sensing a pattern.... https://t.co/NLAC4pFiZW

3. John Cusack repeatedly defended his tweet before deleting it.

His “bot” excuse is absurd. pic.twitter.com/Jm2NArFVEO

True story: When I was the overnight homepage editor at HuffPost, Cusack used to call the office to suggest terrible, hyperbolic headlines.
One Saturday night, we stopped answering the phone.
He kept calling back again and again, the noise echoing through the cavernous room.

Cusack tweeted “follow the money,” which was included with a Voltaire quote: “to learn who rules over you, simply find out who you are not allowed to criticize.” The accompanying photo shows a hand with a Star of David photoshopped on it crushing a mass of people.

“Is it not obvious?” is posted at the very end.

This is a rather explicit case of anti-Semitism, but I doubt Cusack will be impacted it.