Well, Here Are The 20 Candidates Who Made The Cut For The First Democratic Debate 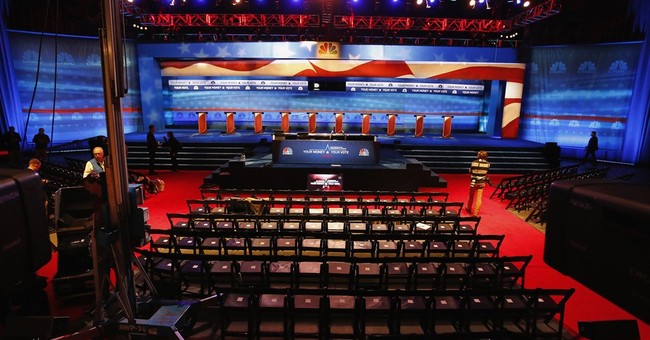 Well, the first 2020 rumble is upon us.  On June 26 and 27, 20 Democratic candidates will be duking it out in the first debate to kick off the cycle in Miami. This clown bus is 20 people deep. There will be five moderators, one of which is Rachel Maddow, so you know that this whole affair is going to be bursts of highly entertaining swipes and jabs, coupled with brief episodes of nausea. It’ll be a fight between those who are socialist, those who are socialist-lite, and those who are neither…but adhere to authoritarian progressivism. So, it’s a big massive bowl of crazy. Here is your cast of characters (via Axios):

*The candidates with asterisks next to their names qualified through both polling and by reaching the 65,000 donor threshold.

the june 26-27 democratic debates will be the first where the candidates are seated in the bleachers and the audience small enough to fit on stage. pic.twitter.com/JWlbYcZYET

BREAKING: DNC announces the names of the candidates who will appear in the first Democratic Debates on June 26 & 27 from Miami. @chucktodd: "After months of campaigning and polling, the stage is now set." pic.twitter.com/fQbafzHr26

So, grab the popcorn, the whiskey, the Maalox, and the Advil.