Husband Of Virginia Beach Shooting Victim: I Think The Shooter Was Told To Leave His Job...Over A Year Ago 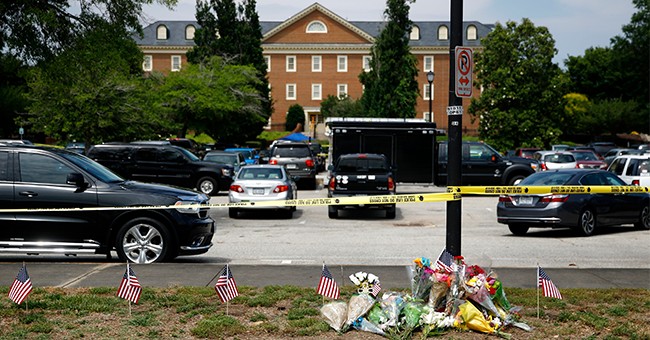 In July, Virginia will have a special session on gun control. It’s going to be another wave of trash anti-gun policies that could pass. The legislature is majority Republican but by a hair. All 140 seats in the House of Delegates are up in November. Democrats could take over and with the state trending blue—politicians’ survival instincts kick in. And by that, we mean that the GOP will cave on some things. They could hold the line. They did this past winter, but this session is being called in the wake of the tragic shooting in Virginia Beach, which left 12 people dead on May 31. The perpetrator, DeWayne Craddock, had recently submitted from the city’s government. He later came back and opened fire, armed with two handguns.

Craddock had not been forced out or fired, but we do have some reports that he wasn’t a pleasure in the office. In fact, he worried one of the victims of the shooting, Kate Nixon, though he was not the main cause of concern. Her now-widowed husband said it was another man who gave her even worse vibes. He did not disclose his identity, but he did suggest to his late wife that she should bring her firearm to work. Mrs. Nixon refused, citing the city’s gun-free zone policy for its workers.

The Left likes to mock Second Amendment supporters, but good guys (and gals) with guns stopping violent criminals is a daily occurrence. Anti-gun liberals know this; they just choose to ignore it. I’m not suggesting Mrs. Nixon would’ve stopped Craddock outright if she had been armed that day. No one has a crystal ball, but there is a strong possibility that there could’ve been a different outcome. Once again, we have an instance where someone intending to do harm did not abide by the law. This painful case shows that gun-free zones are not only ineffective; they’re dangerous. And keep law-abiding citizens bottled up shooting galleries. Yet, in the immediate aftermath, Nixon’s husband, Jason, wants a full-blown investigation into this awful incident, specifically all records relating to Craddock (via The Virginian-Pilot):

Kate Nixon was a fixer.

As a supervisor in the public utilities department for a decade, she solved problems for the city and was described as logical and level-headed.

So when she told her husband, Jason, that she had concerns about two of her co-workers, he knew it was serious. She didn't like to be around DeWayne Craddock, a fellow engineer — he gave off "real bad vibes" and she'd had to write him up several times for issues with performance and attitude. They both worked on the second floor of Building 2 in the Municipal Center.

But on the night of May 30, it was another man she was most worried about. Kate told her husband that the man, whom Jason Nixon declined to identify, was set to be fired Friday and there was supposed to be a police escort on scene when it happened. While cooking dinner, she expressed her concerns.

"She said, 'This guy's going to come back and shoot the place up,' " Jason Nixon said. He encouraged his wife to hide a pistol in her purse and take it to work — she had training and knew how to use it — but she didn't want to break city policy forbidding employees from bringing weapons to work.

Shortly after 4 p.m. on May 31, it was Craddock who opened fire in Building 2, killing Kate and 11 others.

Her family is now pushing the city for answers. An attorney and longtime family friend has sent the city an email on their behalf requesting officials release all records related to the gunman and launch an independent investigation.

Nixon believes the only way to get answers is for people outside the city to launch a comprehensive investigation.

Kevin Martingayle, the attorney working with the family, repeatedly likened such an investigation to one that followed the 2017 Charlottesville riots and resulted in a 220-page report. On Monday, Martingayle called for the state's attorney general's office to get involved if Virginia Beach won't.

Kate wasn't the gunman's direct supervisor, but as a manager, issues about his work sometimes came across her desk. She had to write him up for what Nixon recalled as "poor engineering" and a "chauvinistic attitude."

"She'd come home and talk about this guy. She'd made some comments that this guy had some real issues."

Nixon wants the city to release the gunman's records because he knows there are disciplinary files his wife wrote starting a year and a half ago. Nixon believes the shooter was told to leave his job.

When asked about folks who think this push is a bit hasty in light of this tragedy, Mr. Nixon told the publication, “My wife is dead. When’s the right time going to be?”