Donor To Alabama University After Donation Rejection: You Have Put A Shotgun In Your Mouth and Pulled The Trigger 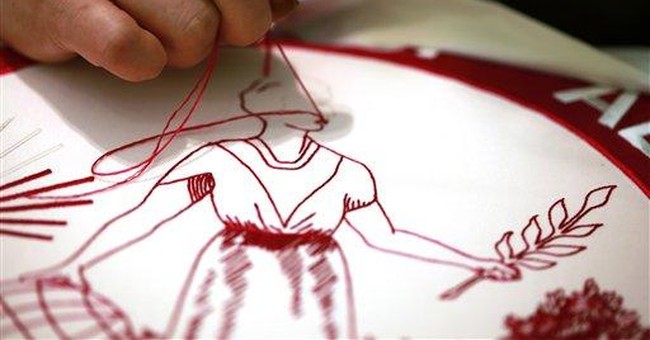 Roll Tide! That’s all I have to say. Watching Alabama football is on the must-do list when the season begins. Nick Saba has created a dynasty down there, a program that is virtually unbeatable. And I do like that Clemson is starting to show Alabama that they’re not the only ones who can build a solid football program.

As with any school, you don’t trash it and you don’t tell students to boycott it over something that is not within the realm of their control. The university’s board of trustees returned a $20+ million gift and removed the donor’s name from the law school. This comes after Hugh F. Culverhouse Jr. urged students to boycott the institution over the state’s abortion law that recently passed. The law is one of the strictest anti-abortion laws on the books, which sent liberals into a frenzy. Now, the school says their move wasn’t over the donor’s views on the abortion law, but more centered on how he wanted the money to be spent. Culverhouse’s father owned the Tampa Bay Buccaneers. Culverhouse said the move was akin to Alabama putting a shotgun in their mouth and pulling the trigger (via Associated Press) [emphasis mine]:

The University of Alabama gave back a philanthropist’s $26.5 million donation and took his name off the law school Friday, a week after he called on students to boycott the institution over the state’s new abortion ban.

Last week, Culverhouse urged students to boycott the university over the ban, saying: “I don’t want anybody to go to that law school, especially women, until the state gets its act together.

Hours later, Alabama announced it was considering giving back his money — a move it said was underway even before Culverhouse spoke out.

University Chancellor Finis E. St. John IV said Friday that Culverhouse’s expectations for the use of the gift were “inconsistent with the essential values of academic integrity and independent administration” at Alabama.

Culverhouse acknowledged telling the university that the law school should admit more students and that his donation was intended to fund scholarships to achieve that. But he said he thought the matter had been resolved.

The businessman and attorney did not attend Alabama, but his parents did, and the business school bears the name of Hugh Culverhouse Sr., a wealthy tax lawyer, developer and philanthropist in his own right who owned the NFL’s Tampa Bay Buccaneers.

After the trustees’ vote, the younger Culverhouse said that he and father had donated to the university over the years in part to rid Alabama of a certain stereotype: “We are the land of the backward, we are hicks, we lack the sophistication to see two sides to an argument.”

“What have you done Alabama? You have effectively put a 12-gauge in your mouth and pulled the trigger,” Culverhouse said. “You have reinforced that horrible stereotype that my father and I have tried so hard to eliminate.”

Alabama will soldier on without the money of what appears to be some bleeding heart liberal.