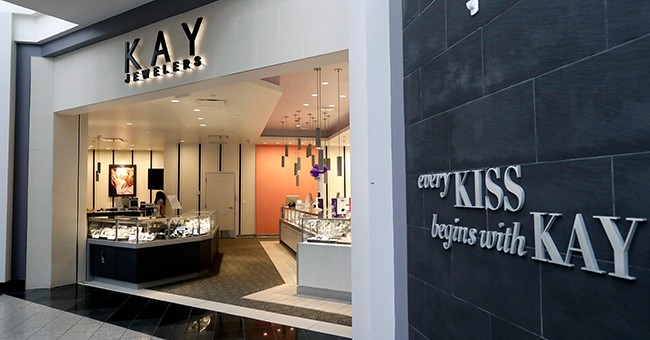 It was supposed to be a special day. A local Kay Jewelers turned it into a nightmare. Okay—maybe nightmare is a bit much, but it was surely embarrassing for one on-duty police officer that was refused entry into the establishment to pick up his engagement ring. Why? He was carrying his service firearm. He was told that if he removed it and left it in his police vehicle, he could retrieve it but that would be going against department policy and possibly putting the public at risk; cops leaving guns in their cars while on duty is not smart for obvious reasons (via WMTW):

A sheriff's office in North Carolina took to social media Wednesday afternoon after staff members at a jewelry store allegedly stopped an on-duty deputy from entering the store to pick up his engagement ring because he was armed.

The Iredell County Sheriff's Office said they were "deeply saddened" by the situation that unfolded at Kay Jewelers in Statesville, North Carolina, about 40 miles north of Charlotte.

The deputy took his meal break to pick up the ring and was met at the door by the store manager, who informed him he was not allowed to wear his service weapon while on their premises," according to the Facebook post.

The deputy told the manager it would be a policy violation for him to remove his service weapon while in uniform.

The sheriff's office said the policy is in place for not only the safety of the deputy but the general public, as well.

"The manager stated our deputy would need to return to the store at a different time when he was not armed," according to the post.

This harkens back to 2013, where a waitress at a Buffalo Wild Wings in Prince William County, Virginia refused to serve plainclothes officers over their firearms. It was chalked up as a misunderstanding, but this is just common sense. Denying law enforcement service over…their firearms. This shouldn’t be an issue, but for some thick-headed people—it remains a problem. And this bout of stupidity cost that Kay Jewelry manager dearly (via Charlotte Observer):

Kay Jewelers has fired a North Carolina store manager who barred a deputy from picking up his engagement ring because the uniformed officer had a gun in his holster.

“The store manager is no longer employed by the company,” Kay Jewelers posted on Facebook Thursday afternoon.

The manager of the store in Statesville wouldn’t let the deputy enter even after the deputy explained that it’s against policy for officers to remove their service weapons while in uniform, Iredell County Sheriff Darren Campbell posted on Facebook Wednesday.