The Hollywood Left: Impeach, Rape, And Torture Trump To Death 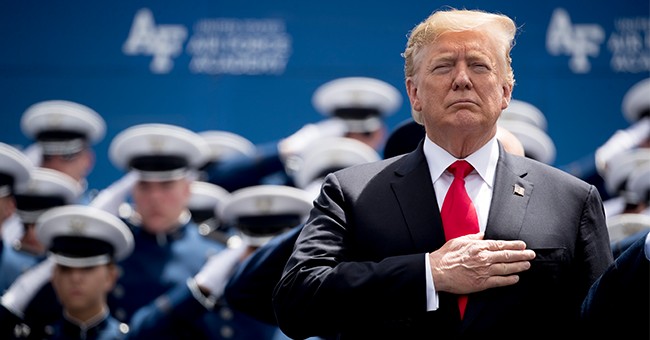 President Donald Trump has broken the minds of liberal America. It’s bad. If you thought the Bush years were terrible, and they were terrible, the level of hate this presidency has endured from progressives is nothing short of amazing. Trump could sign a treaty to get rid of all nuclear weapons, and he would still be called a Nazi. That’s how the Left operates. They hate us and to this still, there are still a great many on the Right who fail to realize that we must hate the Left more than they hate us to win. They’re not our friends. They never will be—so please stop trying to play nice with these cretins.

The level of insanity has reached to points, where we have Hollywood liberals openly calling for President Trump to be raped, tortured, and impeached—it’s a trifecta that embodies the ultimate tantrum these sore losers have thrown since it became explicitly clear that Hillary Clinton was never going to be president. Newsbusters compiled the greatest hits in this area:

“Been Giving IMPEACHMENT MUCH Thought Throughout The Day,& I Would *love* 2 See trump Impeached, Brought 2 Trial, *locked* Up In *prison* & Toy Boy [of] Big Bubba!!”

Yeah, could you imagine if prominent conservatives said this about Obama? Yeah, it’s our favorite game again. But if someone has said this about Barry, there would be a massive backlash and endless stories from the Democrat-media complex. Yet, the Hollywood Left has always been insufferable, anti-American, and beyond condescending. They’re actors what do you expect, but in Virginia, the fight for gun rights could be coming sooner than later…right in the National Rifle Association’s backyard.

In the wake of the tragic Virginia Beach shooting, Democratic Governor Ralph Northam, who still hasn’t decided whether he’s black or white, is calling for a special session on gun control, where assault weapons bans, magazine limits, universal background checks, and the one gun a month proposals will probably be put forward. Will they succeed? I’m not certain. The Virginia Republican Party, which has been a mess for the past couple cycles, said they will fight for the Second Amendment. In February, they torpedoed most of the anti-gun bills proposed. Still, this coming up again during an election year; I’m bracing for the bad news.

It also doesn’t help that the Left continues to spew anti-gun trash to keep their thoroughly debunked narrative on gun rights alive. Former President Obama told people in Brazil that American gun laws are out of whack, where you can buy machine guns online, or something. That’s a total lie. Also, Brazil has tight gun laws. The murder rate is still high. To add the cherry on top, the father of fake news Dan Rather said if you don’t support gun control, you’re unpatriotic. Dan, shut your face. You used doctored documents to try and smear George Bush in an effort to defeat him for re-election.

In other news, one pro-Trump woman irked anti-Trump protestors in London by bursting the baby Trump balloon. Also, the Broward coward Scot Peterson, who failed to confront Marjory Stoneman Douglas shooter Nikolas Cruz, has been arrested on child neglect charges. We cut into a pre-taped interview Dr. Sebastian Gorka had to conduct, so the show ended a tad early. We’ll have more tomorrow.

Oh, and I peddled some fake news about alcohol delivery. Food delivery can also come with alcohol now in Texas. Please disregard everything I said; I misread the headline.