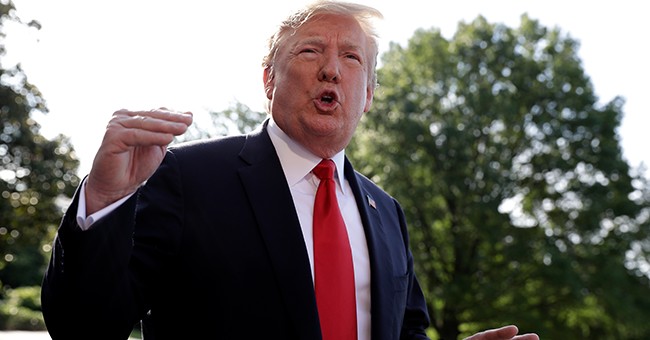 It’s all-out lawfare. President Trump wasn’t going to get an immigration bill with the border wall funding, so he decided to use money already dished out to the Pentagon to accomplish that end, invoking emergency powers. Of course, the Left went ballistic and House Democrats filed a motion to block it. The judge was skeptical. And it looked like the Democrats have crashed into the legal wall they were steering into with this legal action. The same judge, Trevor McFadden, has slapped down House Democrats’ attempt to block the Defense Department from re-appropriating those funds. He issued the ruling today (via Axios):

A federal judge in D.C. has rejected an effort by House Democrats to block President Trump's use of emergency powers to reprogram military funds for his border wall.

"This is a case about whether one chamber of Congress has the “constitutional means” to conscript the Judiciary in a political turf war with the President over the implementation of legislation. ... [W]hile the Constitution bestows upon Members of the House many powers, it does not grant them standing to hale the Executive Branch into court claiming a dilution of Congress’s legislative authority. The Court therefore lacks jurisdiction to hear the House’s claims and will deny its motion."

The judge sided with the administration, adding: "To be clear, the Court does not imply that Congress may never sue the Executive to protect its powers." But he argues that House Democrats do not, in this case, overcome the constitutional burden to establish they have standing in this lawsuit.

NOW: A federal judge in DC has rejected House Dems' effort to block Trump from carrying out his plan to reprogram billions of dollars to fund border construction, agreeing with the administration that the court can't be involved in this fight https://t.co/4MGUIlKAmG pic.twitter.com/eGJT180YYg

The situation on the border has been escalating for months. Apprehensions by Border Patrol have entered the six-figure territory. The Department of Homeland Defense flatly said that they’re running out of money to handle the hordes of migrants that are approaching the southern border. They have had to shift monies around to deal with the mounting health care crisis facing detainees in the detention centers. And while all of this is happening, the Democrats aren’t convinced that there is a crisis…because Trump is president. It’s disgraceful.