More Russian Collusion Hysteria: Two Counties In Florida Were Breached, But This Key Part Will Be Buried 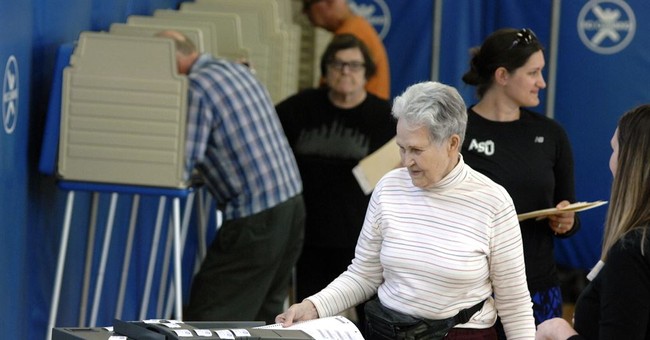 It dropped yesterday, but the Russians breached voting systems in two Florida counties. It’s going to set off another round of Russian collusion hysteria. Maybe not today, but you can bet this will be dredged back up. Republican Florida Gov. Ron DeSantis relayed the news, but stopped short of disclosing the names of the counties, as instructed by the FBI who prevented him from doing so. Yet, here’s the key part and one that will probably be buried. No vote totals were changed (via NYT) [emphasis mine]:

The mystery surrounding a Russian intrusion into Florida’s voter registration systems during the 2016 election deepened on Tuesday when Gov. Ron DeSantis said that the F.B.I. had revealed to him which counties in the state had been targeted — then required the governor to keep the information secret.

At a news conference in Tallahassee, Mr. DeSantis, a Republican, said that officials from the F.B.I. and the Department of Homeland Security had asked him to sign a nondisclosure agreement pledging not to identify the two counties that fell victim to a “spearphishing” attempt by Russian hackers.

That the Russians breached security protocols in not one but two counties was previously unknown. Last month, the Mueller report confirmed that the F.B.I. believed that the Russian military intelligence unit known as the G.R.U. breached “at least one Florida county government.” Elections officials said that if the intrusion came through a spearphishing email, as it apparently did, it would put hackers in a position to potentially alter registration data, though not the tabulation of ballots.

Mr. DeSantis said on Tuesday that the intrusion was limited to getting a glimpse of the voter rolls, which are public information in Florida.

“Two Florida counties experienced intrusion in the supervisor of election networks,” Mr. DeSantis said. “It did not affect any voting or anything like that.”

"I recently met with the FBI concerning the election issue mentioned in the Mueller report," DeSantis said. "Two Florida counties experienced intrusion into the supervisor of election networks. There was no manipulation."

Now, is this the best news? No, but these sort of operations is common in the multiple spy games everyone plays in the arena of global politics. The question is how we respond and prevent further intrusions. On the other hand, it’s not like with was a deep breach and no vote tallies were changed, so let’s take it easy using the term “hacked” or “hack.” All of the information was public. So, let’s relax, everyone. Donald Trump is still president. There was no collusion. And I’m going to be the mortgage that it was Republican counties that were listed.