Oh, The Layoff Hammer Is About To Smash The Liberal News Media 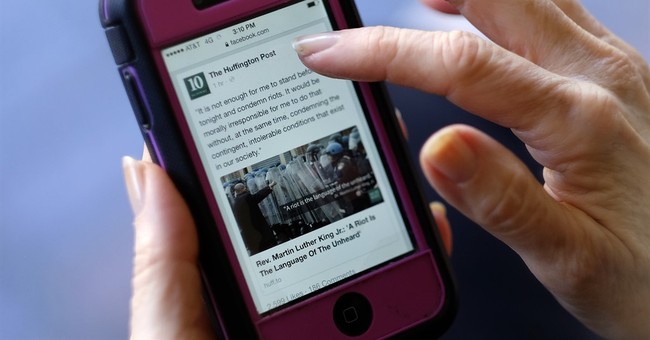 The liberal media is not having a good month. Two fake news stories back-to-back in a 48-hour period. You have BuzzFeed claiming that President Trump directed ex-personal lawyer Michael Cohen to lie to Congress over a real estate deal in Moscow. The co-author of the piece, Jason Leopold, has a history of being a fake news generator, and that reputation is still alive a well; the Mueller investigation issued a statement gutting Buzzfeed’s story like a fish. Second, the MAGA hat kids hounding a Native American man at the Lincoln Memorial during the March for Life. Again, it didn’t happen. They also didn’t hurl “build the wall” chants at him. They were doing sorts chants to drown out the horrific remarks directed at them from a group of Black Hebrew Israelites that were also there. Phillips approached the teens with his drum. It was not the kids approaching him, but they wore MAGA hats so they, by default, accosted Phillips…if you’re a delusional anti-Trump progressive.

The story has gotten out of hand. It’s totally off the rails. People are being doxxed, death threats are pouring in, and the school was shut down for a day due to these threats. Police are now stationed at the school. It’s a mess. Yet, the layoff hammer is about to crash into the liberal media, with layoffs planned at Huffington Post and BuzzFeed this year (via WaPo):

Traditional media organizations, such as newspaper and TV stations, have been buffeted for years by the transition to a digital economy, with some of their readers and advertising base siphoned away by the likes of BuzzFeed, Vice and HuffPost.

But over the past several months, digital companies have faced some of the same issues, as profits have proved elusive in an advertising market dominated by two giants — Google and Facebook.

Vice has instituted a hiring freeze and is seeking to cut its workforce by about 10 to 15 percent this year, primarily through attrition. Verizon Media Group, the owner of HuffPost, AOL and Yahoo, announced its own round of layoffs of about 7 percent on Wednesday.

Other digital news outlets, such as Refinery29, Vox Media and Mic, have been pinched, too. Vox — the Washington-based publisher of Vox, SB Nation and other sites — cut about 50 staffers early last year. Refinery29, which is aimed at millennial women, dropped about 10 percent of its staff, or about 40 people, in October.

Mic, another site aimed at millennials, laid off its entire editorial staff in November.

Of course, this isn’t the end of the liberal media.