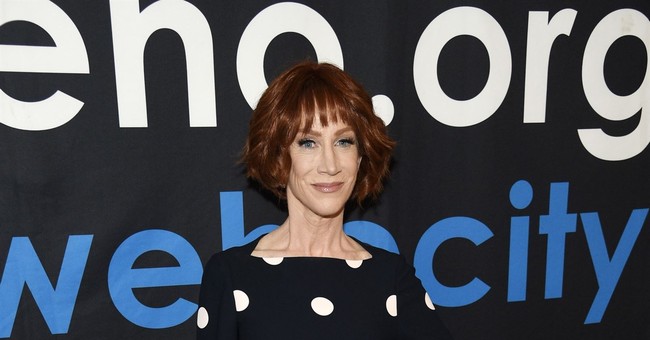 Yeah, this was as expected. It’s been rehashed. The A-Okay sign, also known as the three-point sign in basketball, was brought into the Covington debate because…why not. The Left has already devolved into frothing idiots over this story. You all know it from the liberal news media. Some students in MAGA hats accosted a Native American man, Nathan Phillips, at the March for Life. It was a racially motivated assault. Cue the outrage machine! Well, it’s been well oiled for this because of the MAGA gear and due to the fact that the students were white and Catholic. It’s the trifecta of evil for the Left. They cannot be allowed to survive. It took less than 24 hours to debunk the entire narrative. Allen Ginzburg (aka @AG_conservative) penned lengthy post analyzing and debunking a lot of the trash that was spewed by the liberal media about this story that has now led to death threats and the police to stand sentry at the school, which closed for a day over these security concerns:

Claim:  The kids were chanting “build that wall”

Verdict: False. There have been over 8 videos from various angles released covering what happened. No one has been able to find any examples of any of the kids chanting, “build that wall”.

Claim: Phillips said he was looking for an exit when the kid, Nick Sandmann, “blocked” his way and wouldn’t allow him to retreat. Phillips further claimed that the kids surrounded him during the CNN interview.

Verdict: False. Video emerged shortly after showing it was Mr. Phillips that chose to enter the crowd of kids. The video also clearly shows Nick Sandmann had been standing in the same spot for some time when it was Phillips who approached him and starts drumming directly in front of his face. Phillips had plenty of room to retreat or go around Sandmann. In fact, the people actually behind him are all with his group (note several are holding cameras, almost making it appear like a set up). Instead, he engaged in the standoff that we witness in the shorter clip. After being asked about this aspect, Phillips shifted his story:

Claim: Phillips then changed his story to claim he had entered the crowd of kids to try to intervene in a confrontation between the kids and another group of activists and de-escalate the situation with a peaceful song.

Verdict: False. The student’s statement described that they had started chanting to drown out the racist and homophobic activists harassing them (more on this below). The video clearly shows this to be accurate. While some kids were engaging those activists, most of the crowd had separated and was doing a school chant in order to drown out the harassment from the those activists. That is the crowd that Phillips chose to enter. They thought he was joining them and started singing and dancing to the beat of his drum. One kid did do what appears to be a “tomahawk chop” motion to the music on the video. Phillips then chooses to stand in front of Nick Sandmann’s face and beat the drum. It turns into a somewhat childish standoff. This is confirmed after when the kids are called to the busses and choose to maturely walk away. A man who refers to Phillips as “grandpa” then started yelling about how Phillips “won”. Phillips and those around him start to celebrate at this announcement. The same man also made the argument that it was Phillips against all the kids and the kids “can’t compete,” suggesting they viewed it as some sort of competition. All of this is hardly the behavior of someone who was trying to be mature and keep the peace. It is worth noting that the same grandson got into a confrontation with another student earlier and said the kids should “go back to Europe”. When Sandmann saw that confrontation developing, he is seen signalling to his classmate to cut it out. In other words, it was the kid that was maligned and targeted by the media who made an effort to keep things calm.

Claim: Phillips further claimed that the reason he had to get involved was that the Catholic Covington students were in the process of “attacking these four black individuals”. Philips also describes the students as “the beast” and the activists as their “prey”.

Verdict: False. This is a pure smear from Phillips. The individuals he is referring to are known as Black Hebrew Israelites, an activist group of bigoted supremacists. The extended video was actually shot by one of them and clearly shows them harassing and attacking the kids for an extended period of time. They yelled racist and homophobic slurs at the kids from Catholic Covington, who mostly responded by heckling them with rational responses.

And this brings us to Kathy Griffin, the anti-Trump actress who did an unhinged bit where she held up a beheaded Donald Trump. It set off a media firestorm. Griffin apologized and then retracted the apology. She is a prime example of what not to do when it comes to stories like these because you just look like an idiot. Now that the videos have debunked the MAGA kids hounded Phillips bit, the progressive mob is now targeting the school and the students, sifting through old photos from past events to expose their evil deeds. One of them, which Griffin harped on, was that the high school basketball team was throwing up the three-point sign, which she claimed was the new Nazi symbol. It’s just embarrassing. Griffin deleted the tweet (via Fox News):

On Tuesday, Griffin reportedly deleted a Twitter message that included a photo of teens playing basketball that she captioned, "Covington's finest throwing up the new nazi sign,” a reference to the high school students seen in a viral video that showed the high schoolers with some Native Americans in Washington, D.C., over the weekend.

But what Griffin apparently thought was a white-supremacist hand gesture may have instead been a common and harmless "OK" sign, according to reports. The "OK" is typically seen on basketball courts after a player hits a three-point shot…

Ramesh Ponnuru wrote over at Bloomberg how detached the Left has become over not just this fake news story, but also many an incident post-2016:

…the immense confidence some of the critics have that they know the truth of the matter based on the way the kids look, and specifically based on the face of one of them, 17-year-old Nicholas Sandmann.

In Slate, Ruth Graham writes that Sandmann’s face is the key reason the story went viral: “It’s the kid’s face. The face of self-satisfaction and certitude, of edginess expressed as cruelty.”

She quotes other liberal commentators who also read his soul from a brief video clip, or perhaps even a still: commentators who were sure that his face was that of a zealot, or an entitled brat. She could have quoted others, too, like the author Reza Aslan, who shared his conviction that the 17-year-old has a “punchable face.”

For Anne Helen Peterson, a writer for Buzzfeed, both Sandmann and Kavanaugh have “the look of white patriarchy” -- hard to avoid, given that they are white and male – and reminded her of disrespectful kids she used to teach, kids who asked for extensions and plagiarized and snickered in class. She knew hardly anything about Sandmann. She didn’t need to know anything: She had seen his type before.

…the assumption of much of that criticism, sometimes explicitly defended, is that anyone who wears that hat (even a minor!) is a conscious agent of white supremacy. It’s an invalid inference based on membership in a large group that is more heterogeneous than the critics allow.

It’s not going to get any better, folks. This is a war. We’re at war with the Left. They’re not our friends. They hate us. And they want to destroy us. Don’t bend. Keep fighting, and never, ever apologize to these people. Also, has Griffin even watched a basketball game? She could have avoided this embarrassment.