YOU LIE: Dem Rep Admits She Has Zero Evidence To Back Up Claim GOP Senator Is Being Blackmailed By Trump WH 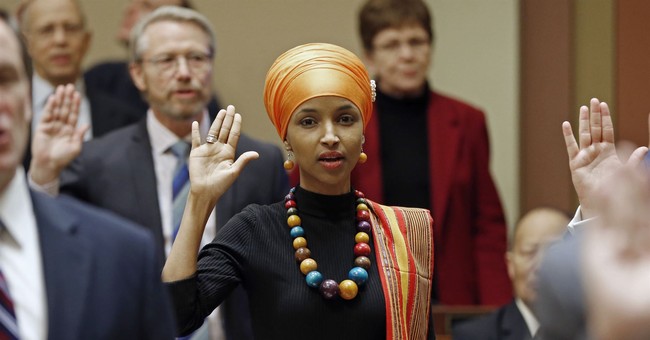 Okay, so the Democratic House is off to a banging start. We have Rep. Rashida Tlaib (D-MI) saying that they’re going to “impeach the motherf**ker,” referring to President Trump. Rep. Alexandria Ocasio-Cortez (D-NY) says that you can lie as long as you’re morally right or something. And then, there’s Rep. Ilhan Omar (D-MN), who said in 2012, “Israel has hypnotized the world, may Allah awaken the people and help them see the evil doings of Israel.” That’s been slammed as anti-Semitic, but that’s not even the worse of it. She accused Sen. Lindsey Graham (S-SC) of being blackmailed by the Trump White House over his more robust defenses of this administration. Graham 2.0 is out and about, most of the time, and I like this type of Graham much better. So, what’s the evidence that Graham has been “compromised,” and that he’s being blackmailed? Well, she has none—and she was forced to admit that yesterday. I feel like CNN’s Poppy Harlow is the only person left at the network who actually pushed back on the Democratic Party’s conspiratorial trash (via RCP) [emphasis mine]:

JIM SCIUTTO, CNN: That's quite a charge to make, you say you're "pretty sure." Based on what evidence? What facts? That is a remarkable comment to make about a sitting U.S. Senator.

OMAR: The evidence really is present to us. It’s being presented to us in the way that he is behaving.

POPPY HARLOW, CNN: But that’s not evidence. That’s your opinion, but now as a sitting member of Congress, you have tweeted, 'they got him on this.' Again, just based on what evidence?

OMAR: My tweet was just an opinion based on what I believe to be visible to me, and I’m pretty sure there are lots of Americans who agree on this.

That’s not evidence, lady. Also, you don’t agree with him, so that’s evidence of Graham “compromised.” And yeah, I’m sure there are people who agree with your tweet…those sniffing glue or doing copious amounts of cocaine. People undergoing the final stages of rabies don’t count, and we all know that Trump has turned an entire party rabid. And this isn’t the first time someone went off the hinges. Rep. Maxine Waters (D-CA) said, without evidence, that then-outgoing Rep. Jason Chaffetz (R-UT) might have ties to the Kremlin.