Ready The Clown Car: The First Batch of Democrats Are Ready To Announce Their 2020 Bids 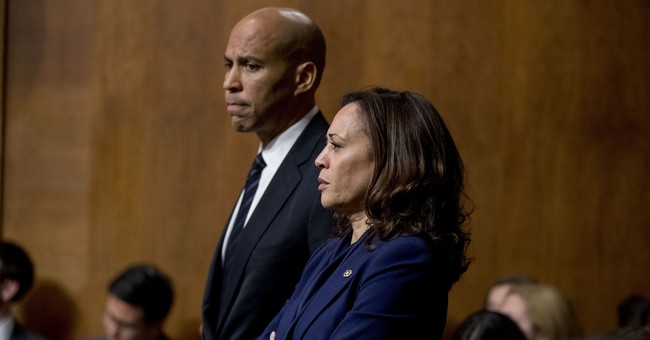 As soon as the 2018 election concluded, the 2020 cycle began. It never ends. It’s a perpetual war. And as we conclude 2018, the Democratic clown car is getting ready for its magical mystery tour across the country. It’ll be a race of who can out-left wing the other, who can call to officially abolish ICE first, who can raise taxes more, who can entangle business in the most in regulations, and who can be the most anti-Trump candidate. It’s going to be entertaining—annoying but entertaining. The first slate of candidates is reportedly Sens. Kristen Gillibrand (D-NY), Kamala Harris (D-CA), Cory Booker (D-NJ), and Elizabeth Warren (D-MA). All four have been making moves that indicate they’re mulling mounting a national campaign against Donald Trump come 2020 (via Axios):

The four senators, who have spent time scouting potential headquarters, interviewing possible campaign managers and reviewing their political records, will head up a crowded field for the Democratic nomination. Sen. Bernie Sanders, former Vice President Joe Biden and Rep. Beto O'Rourke have also been the subjects of intense speculation, and have performed well in recent polls of prospective candidates.

Details, per the Times:

"Senator Kamala Harris of California is eyeing Baltimore or Atlanta as a possible base of operations for her likely 2020 presidential bid and is close to bringing on a top aide to run her campaign."

"Elizabeth Warren, the Massachusetts senator, has completed a detailed review of her writings and political record to identify potential vulnerabilities, and her aides have been scouting headquarters near Boston."

"Senator Cory Booker of New Jersey has been interviewing possible campaign managers, as well as strategists who could run his Iowa caucus effort."

"Senator Kirsten Gillibrand has been reaching out to more women than men for campaign roles, though she is expected to pick a man — her current top aide [Jess Fassler] — to manage a campaign likely to be based near her upstate New York home."

So, we have a Costco Obama, a woman who culturally appropriated the Cherokee Nation, a hard core California Democrat that isn’t liked by the progressive grassroots, and some New York Senator whose name is unknown past the Catskill Mountains.

This is going to be a long road for the Left. It’s going to be insane. So, grab your popcorn and watch the show. If being viciously anti-Trump is all you need, then Democrats better prepare for another four years of Trump. Kerry was the anti-Bush. Romney was the anti-Obama, and both candidates lost. And let’s not act like the far Left’s agenda is popular once people peel away the layers of bull crap from it.