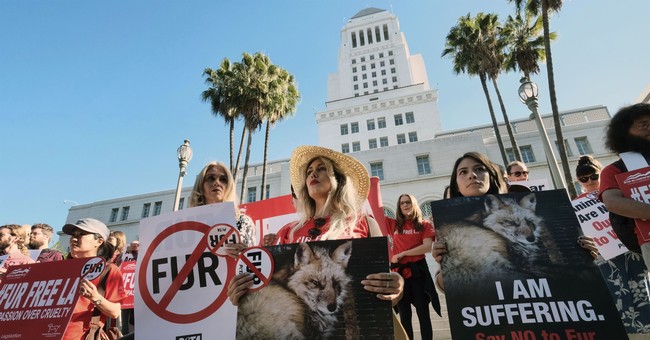 We’re still not fired—and back for another episode. To start, we have to discuss how much of a pain Sen. Jeff Flake (R-AZ) has become. The senator is giving his party and the Trump White House a ton of heartburn for holding up judicial nominations over, of all things, a protect Mueller bill. The legislation, which will never become law and is also constitutionally questionable, aims to protect the special counsel and the DOJ’s Russia investigation. Flake sucks, he’s a traitor to the party, and he can’t leave soon enough.

The People for the Ethical Treatment of Animals are back at it again. First, they said drinking milk was in support of white supremacy. Now, they want us to stop using phrases like “bringing home the bacon” and “killing two birds with one stone” because…it’s offensive to animals. Yeah, no one is going to do that.

A New Jersey Amazon distribution center was forced to shut down because the robot grabbing a canister of bear repellant squeezed too hard, rupturing the canister, and sending scores of people to the hospital. Bear repellant is pepper spray, and demand has increased ever since communist New Jersey decided to ban bar hunts on state land. Now, there are bears roaming all over the place.

And all is not well with some in CNN, where hosts Don Lemon and Chris Cuomo had a spat last night over whether the former was being small and petty for saying he wouldn’t shake the hands of President Trump. One, as if Don Lemon could be elected to anything, this is just another example of the network being straight trash and anti-Trump. On the other hand, good on Cuomo for calling out Lemon over this take concerning the funeral of the late President George H.W. Bush. A broken clock is right twice a day.