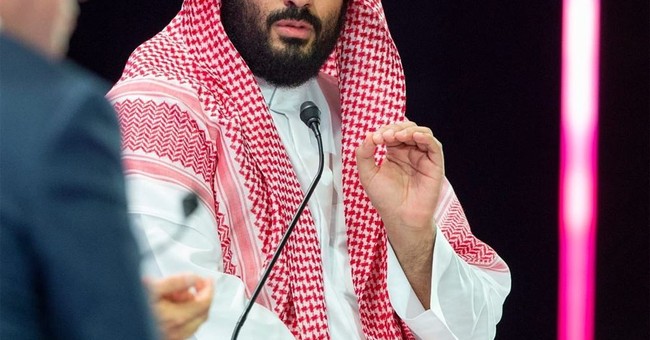 On October 2, 2018, Jamal Khashoggi, a Saudi Arabian columnist writing for The Washington Post, entered his country’s embassy in Istanbul, Turkey to obtain documents to prove his divorce in order to marry his fiancé. He never left the building. It was alleged that Saudi agents murdered him inside. Reports of strangulation, a fatal dose of a sedative, and dismemberment have been hurled into the media storm, the graphic details emanating from Turkish sources. It’s gruesome. It’s another angle from which the Left is trying to attack the Trump White House, despite the precarious nature of doing so; Saudi Arabia is a key ally in the region. And yes, the Kingdom and Israel have over the past few months grown closer in diplomatic relations. Anti-Trump hysteria can lead some, and by some, I mean all Democrats, to come to pretty stupid decisions. We all know this. Those irrational sentiments might be given new life as the latest development from the CIA has determined that the Saudi Crown Prince Mohammed bin Salman ordered the hit (via WSJ):

The Central Intelligence Agency has concluded that the killing of Saudi journalist Jamal Khashoggi was carried out under the orders of Saudi Crown Prince Mohammed bin Salman, a close ally of President Trump, U.S. officials familiar with the matter said.

One of the officials said on Friday that the spy agency’s assessment isn’t based on “smoking gun” evidence of the crown prince’s involvement, but rather “an understanding of how Saudi Arabia works.”

“This would not and could not have happened” without Prince Mohammed’s involvement, the official said.

Saudi Arabia has denied that Prince Mohammed had any prior knowledge of the killing. On Thursday, the country’s public prosecutor said there was no top-down order to kill Mr. Khashoggi, and said he would seek the death penalty against five suspects in the case.

A spokeswoman for the Saudi Embassy in Washington said in a statement on Friday: “The claims in this purported assessment are false. We have and continue to hear various theories without seeing the primary basis for these speculations.”

A CIA spokesman declined to comment. The CIA assessment was first reported Friday by the Washington Post. White House officials didn’t respond to a request for comment about the CIA assessment.

The Trump administration has pressed Saudi Arabia on this matter, with President Trump saying that he doesn’t know if MBS lied to him, but said he was willing to let it slide because the nation is a key ally (via Politico):

President Donald Trump said in an interview released Sunday that he didn't know whether Saudi Arabia's crown prince lied about his involvement in the murder of Washington Post journalist Jamal Khashoggi, despite evidence that he may have played a role.

Trump also suggested he may just live with it, even if Saudi Crown Prince Mohammed bin Salman misled him, because "we do have an ally, and I want to stick with an ally that in many ways has been very good."

Cue the self-righteous Left to bash Trump for being too soft or cozy to dictators, which has been long-standing U.S. policy, by the way. Our continued relations with the Kingdom, despite not being democratic and having a laundry list of human rights abuses, are a testament to that. During the entire Cold War era, we accommodated, supplied, and help train armed government units that worked for anti-Communist authoritarian regimes, especially in Latin America. At the time, the goal was stopping the spread of communism; the government who vowed to do this didn’t matter—as it should. The American Revolution and its ideals cannot be exported and planted everywhere. It will fail in some regions. And the cost of trying to do so has been in the trillions of dollars, along with thousands of American lives.

At times, you have to work with what you have within your given agenda, right? Just look at Anastasio Somoza García in Nicaragua. Bad guy? Yeah. But was he anti-communist? You bet.

Japanese Unit 731 conducted some of the most hideous human experiments and war crimes during World War II. Not every person was tried for war crimes, however, as the U.S. wanted to retain some of their information to create our own biological and chemical weapons programs. At times, you deal with very bad people--and this case is no exception. The consequences of blowing up our ties to the Kingdom over this are not worth it.