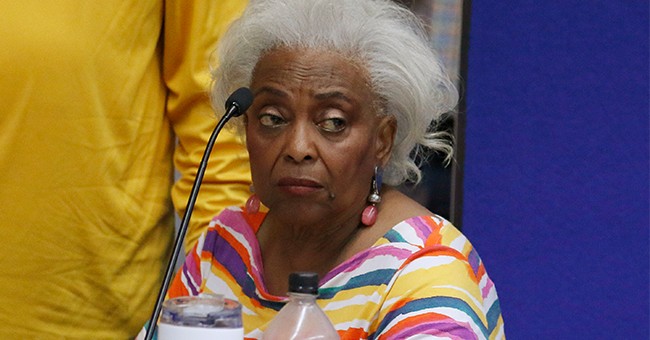 Well, Gov. Rick Scott’s legal action against the shoddy ballot counting antics in two of the most liberal counties in the state seems to have clinched its first win: A Florida judge ruled that Broward County, the largest Democratic county in the state, was in violation of state law, and that Brenda Snipes, the county’s elections supervisor, was in violation of open records act. Ms. Snipes was not giving regular updates on how many outstanding ballots were left. She was just dumping vote counts in the late hours, which has chipped away at Scott’s lead, but the secrecy and the timing was suspect. Why is Broward taking so long? Hurricane Michael-ravaged counties have been able to count their ballots on time. Now, she must comply with records inspections by 7 P.M.

Scott's lawsuit prevails. As was abundantly obvious, Broward County is in violation of the law. https://t.co/3Ou9FiEWFs

Attorneys for Scott say the case is simple, about access to info that the Broward SOE was required to provide.

BREAKING: Judge finds Broward County violated constitution by not following open records laws, orders election officials to comply by 7pm. Ruling does not address allegations of fraud. This ruling will reveal how many ballots cast and how many still need to be counted

This is — what? — the 3rd court ruling against Broward’s top elections official in as many years, I believe?

Not very comforting to #Florida voters that #BrowardCounty supervisor,in whose hands may rest outcome of Senate & cabinet race has in the past:
1. Illegally destroyed ballots
2. Secretly opened mail ballots
3. Sent voters too many ballot pages
4. Left const question off ballot

Scott has already declared victory over Democratic incumbent Sen. Bill Nelson. At the time, he was ahead by a little over 34,500 votes. It’s now around 18,000. Scott has a lead of less than half of one percent, so lawyers have been pouring into the state—and this isn’t the first time Ms. Snipes has been either violating the law or straight up been total garbage at her job.

“Based on nothing at all.” pic.twitter.com/2WwAhkKzgc