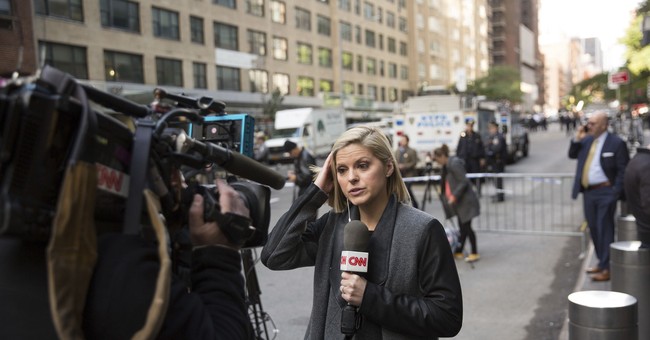 Katie is back, and so is the Triggered podcast. It’s been an…explosive couple of days with bomb scares hitting prominent Democrats, celebrities, and news organizations, CNN to be specific, which has sparked a Trump-hating furor within the Democrat-media complex. Around ten devices have been mailed to the Clintons, the Obamas, Rep. Maxine Waters, former CIA Director John Brennan, former Vice President Joe Biden, and actor Robert De Niro.

We don’t know if this is domestic terrorism. We don’t know who is behind it or what their political leanings might be. We don’t know, but CNN and others are having fun blaming the president. What effect will this have on the 2018 midterms? Probably not much due to the GOP base already hating, despising, and distrusting the media.

In fact, the media’s trustworthy levels remain in the toilet overall. The early voting numbers for the GOP have been solid, and Katie aptly noted that these are the dividends from the multi-year project the RNC started to get their GOTV and outreach operations on par with that of the Democrats.

Katie was recently in Israel on a national security fellowship trip. With the Israeli elections on October 30, Prime Minister Benjamin Netanyahu alleges that there’s a plot to keep him from reassuming his post, even if his party wins in five days time. Katie said it’s more of a GOTV ploy than an actual conspiracy.

As for fun stuff across the web, don’t burn spiders in your home. Some California guy tried to kill some spiders with a blowtorch in his house…and burned part of it down in the process. Katie, being an Arizona native, said she kept tarantulas as pets. No. No. No. No...no; the hell with that.

We'll be back next week, with some special guests, including one person who we haven't seen in a long, long time. Stay tuned.