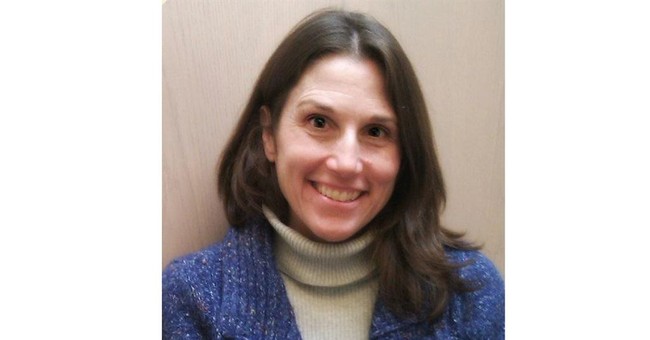 So, it appears The New Yorker has stepped in it again, but let’s go to how this circus began. It began when someone reportedly from Sen. Dianne Feinstein’s (D-CA) office leaked the letter Christine Blasey Ford wrote detailing an allegation of sexual abuse against Judge Brett Kavanaugh. Feinstein sat on this letter for weeks. She didn’t disclose it and didn’t tell anyone about it until the 11thhour when Kavanaugh looked like he was going to glide to confirmation. Ford alleges Kavanaugh tried to rape her at a high school party. Then, Deborah Ramirez came forward with an allegation that Kavanaugh exposed himself at a party at Yale. We’re not even going to discuss Julie Swetnick’s insane accusation that Kavanaugh was part of a gang rape ring in high school. She’s changed her story, and Michael Avenatti represents her. So, her credibility is anywhere between low to total crap.

The New Yorker ran a story about the Ramirez allegation, though there’s no evidence and no corroborating witnesses. Nothing can be confirmed. It’s the reason why The New York Times didn’t do a story on it; it couldn’t confirm anything. The paper came to the same conclusion about Swetnick. Jane Mayer and Ronan Farrow have been tracking Me Too stories, reporting on the bad behavior of men in prominent positions of power and entertainment. On this one, they fumbled the ball as there’s nothing to confirm Ramirez’s story. Their second bite at the apple also ended with the same result: no corroboration. Just reported hearsay in their latest about the FBI probe into these allegations [emphasis mine]:

To sum up: @NewYorker obtained hearsay from “classmates” who say they heard about Ramirez story from an eyewitness.

The New Yorker then contacted said “eyewitness,” who said he had NO memory of it ever happening.

THEN the New Yorker decided they should run the story anyway pic.twitter.com/w2ggjDZgkU

How can The New Yorker publish a piece focused on the hearsay account that they directly undermine in the piece itself? I don't understand this editorial decision at all. https://t.co/zBZatktHVm pic.twitter.com/7bWoTsYywG

Frustrated potential witnesses who have been unable to speak with the F.B.I agents conducting the investigation into sexual-assault allegations against Donald Trump’s Supreme Court nominee, Brett Kavanaugh, have been resorting to sending statements, unsolicited, to the Bureau and to senators, in hopes that they would be seen before the inquiry concluded. On Monday, President Trump said that the Bureau should be able to interview “anybody they want within reason,” but the extent of the constraints placed on the investigating agents by the White House remained unclear. Late Wednesday night, Senate Majority Leader Mitch McConnell announced that the F.B.I. probe was over and cleared the way for an important procedural vote on Kavanaugh’s nomination to take place on Friday. NBC News reported that dozens of people who said that they had information about Kavanaugh had contacted F.B.I. field offices, but agents had not been permitted to talk to many of them. Several people interested in speaking to the F.B.I. expressed exasperation in interviews with The New Yorker at what they perceived to be a lack of interest in their accounts.

Deborah Ramirez, one of two women who have accused Kavanaugh of sexual abuse, said in an interview that she had been hopeful that her story would be investigated when two agents drove from Denver to Boulder, Colorado, last weekend to interview her at her lawyer’s office. But Ramirez said that she was troubled by what she perceived as a lack of willingness on the part of the Bureau to take steps to substantiate her claims. “I am very alarmed, first, that I was denied an F.B.I. investigation for five days, and then, when one was granted, that it was given on a short timeline and that the people who were key to corroborating my story have not been contacted,” Ramirez said. “I feel like I’m being silenced.”

Ramirez, a classmate of Kavanaugh’s at Yale, says that he exposed himself to her during a drunken dormitory party and thrust his penis in her face, which led to her touching it against her will. Kavanaugh has denied the allegation, along with that of Christine Blasey Ford, a professor from California who said that Kavanaugh sexually assaulted her at a party when they were teen-agers. Several former Yale students who claim to have information regarding the alleged incident with Ramirez or about Kavanaugh’s behavior at Yale said that they had not been contacted by the F.B.I. Kenneth G. Appold was a suitemate of Kavanaugh’s at the time of the alleged incident. He had previously spoken to The New Yorker about Ramirez on condition of anonymity, but he said that he is now willing to be identified because he believes that the F.B.I. must thoroughly investigate her allegation. Appold, who is the James Hastings Nichols Professor of Reformation History at Princeton Theological Seminary, said that he first heard about the alleged incident involving Kavanaugh and Ramirez either the night it occurred or a day or two later. Appold said that he was “one-hundred-per-cent certain” that he was told that Kavanaugh was the male student who exposed himself to Ramirez. He said that he never discussed the allegation with Ramirez, whom he said he barely knew in college. But he recalled details—which, he said, an eyewitness described to him at the time—that match Ramirez’s memory of what happened. “I can corroborate Debbie’s account,” he said in an interview. “I believe her, because it matches the same story I heard thirty-five years ago, although the two of us have never talked.”

Appold, who won two Fulbright Fellowships, and earned his Ph.D. in religious studies from Yale in 1994, also recalled telling his graduate-school roommate about the incident in 1989 or 1990. That roommate, Michael Wetstone, who is now an architect, confirmed Appold’s account and said, “It stood out in our minds because it was a shocking story of transgression.” Appold said that he initially asked to remain anonymous because he hoped to make contact first with the classmate who, to the best of his recollection, told him about the party and was an eyewitness to the incident.He said that he had not been able to get any response from that person, despite multiple attempts to do so. The New Yorker reached the classmate, but he said that he had no memory of the incident.

This is literally a people-have-said-story—and so far, it’s total crap. This Ramirez account, like all three of the allegations against Kavanaugh, has zero evidence and no one can corroborate their accusations. With this case specifically, a prominent publication published a quintessential he said/she said story. Or better yet, ‘I heard this story from someone, and it’s true, but I wasn’t there, so I can’t say it happened, but this person might be able to corroborate' only to have yet another reported witness say they have no memory of such an incident. Remember, this is what Mayer said about Mr. Appold when her story was published on Ramirez:

Jane Mayer: He remembers it from—he was in the same door, same little building on Yale’s old campus. And he remembers it clearly. I asked him…

Dickerson: Did he see it?

Mayer: No, as I’ve said, he heard it from someone who was there. And, as I’ve said, we interviewed him and I said to him ‘Are you sure that it was Brett Kavanaugh?’ He said ‘I am 100 percent sure.’

Norah O’Donnell: But as you admit he was not at the party.

This, right here, would be the crux of The New Yorker's new story: the guy who says he heard about the Ramirez story second-hand referred The New Yorker to the guy who told him the story -- and that guy denied knowing about it. pic.twitter.com/ltCRNwC2p3

I think we’ve seen enough here, folks. The magazine stepped on a rake again. There's nothing more that can be done here. Hold the vote on Kavanaugh.