Promise Kept: Trump Is Clipping The Wings Of An Out Of Control EPA 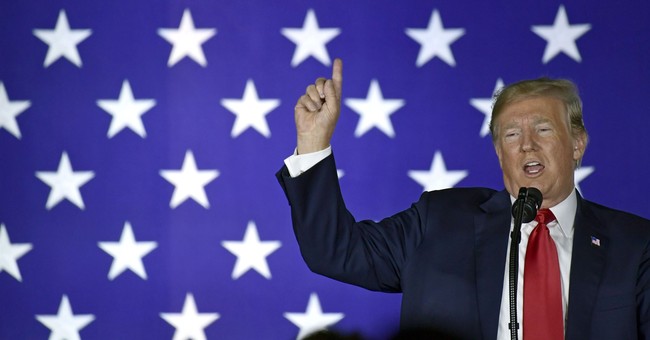 In rural America, there’s a sigh of relief: Barack Obama is no longer president. For eight years, the Obama administration waged war against the coal industry. In doing so, the government was waging a war against hard-working Americans whose livelihoods depended on coal mining. Big tech and Silicon Valley aren't going to save these people. They aren't going to get job retraining, which has become a political escape hatch for politicians bracing for their constituents to get screwed out of a job. MRCTV ventured into West Virginia to gauge the level of economic distress inflicted upon these communities from this Obama-era policy. It’s extensive.

The Clean Power Plan aimed to cut carbon emissions by nearly 30 percent from 2005 levels by 2025. States could draft their own plans in terms of achieving this national goal, but millions of jobs, specifically in the black and Latino communities, would’ve been lost, electric bills would have gone through the roof, including the budgets of fixed-income seniors, and $650 billion in economic activity cannibalized over the next ten years. With Donald Trump’s 2016 win, those fears are gone. The president promised to rein in an out of control Environmental Protection Agency.  Today, that’s a promise kept, as the agency’s staff has been reduced by eight percent. With scores of others on the border of retirement, the EPA could have a 47 percent reduction in staff size by 2021, from 15,000 to 8,000. Remember, Obama was winning this war; thank God Hillary was not elected. (via Free Beacon):

On the campaign trail in 2016, Trump spoke about dismantling the EPA, saying, "We are going to get rid of it in almost every form. We’re going to have little tidbits left but we’re going to take a tremendous amount out."

Records show that in the first 18 months of the Trump administration, over 1,600 workers left the EPA and less than 400 were hired. This is an 8 percent decrease in the agency's employment size, theWashington Post reports.

Some agency employees cited Trump as a reason for their departure.

"I felt it was time to leave given the irresponsible, ongoing diminishment of agency resources, which has recklessly endangered our ability to execute our responsibilities as public servants," Ann Williamson, an EPA scientist based out of Seattle told thePost. She had been with the agency for 33 years.

EPA Acting Administrator Andrew Wheeler said that almost half of all agency employees will be eligible for retirement in the next five years. He went on to say, "My priority is recruiting and maintaining the right staff, the right people for our mission, rather than total full-time employees."

Before leaving the position in July 2018, EPA Administrator Scott Pruitt anticipated that by not replacing officials retiring by 2021, the size of the agency would be reduced by 47 percent, down to 8,000 jobs from 15,000.

That sounds good to me.