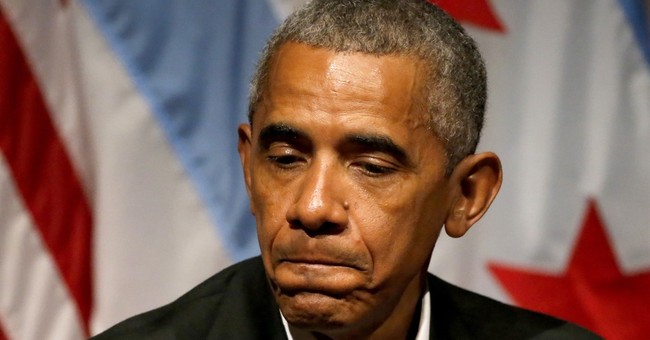 Environmental Protection Agency Administrator Scott Pruitt has taken another step towards killing the Obama-era Clean Power Plan, which would have torpedoed the home budgets of fixed-income seniors, buried businesses in regulatory costs, and killed scores of jobs, specifically from the coal industry. Today, Mr. Pruitt issued a Notice of Proposed Rulemaking that will make way for the regulation’s repeal. In the process, we’ll be spared the $33 billion in regulatory costs that were set to go into effect by 2030.

In their press release, the EPA noted that they felt the CPP was an overreach of the agency’s statutory authority, along with listing the three areas of the soon-to-be repealed regulation that were causes of concern:

“The Obama administration pushed the bounds of their authority so far with the CPP that the Supreme Court issued a historic stay of the rule, preventing its devastating effects to be imposed on the American people while the rule is being challenged in court,” said EPA Administrator Scott Pruitt.  “We are committed to righting the wrongs of the Obama administration by cleaning the regulatory slate.  Any replacement rule will be done carefully, properly, and with humility, by listening to all those affected by the rule.

The CPP, issued by the Obama administration, was premised on a novel and expansive view of Agency authority that the Trump administration now proposes to determine is inconsistent with the Clean Air Act.  In fact, the CPP was put on hold in February 2016, when the U.S. Supreme Court issued an unprecedented, historic stay of the rule.

“EPA will respect the limits of statutory authority.The CPP ignored states’ concerns and eroded longstanding and important partnerships that are a necessary part of achieving positive environmental outcomes. We can now assess whether further regulatory action is warranted; and, if so, what is the most appropriate path forward, consistent with the Clean Air Act and principles of cooperative federalism,” said Administrator Pruitt.

EPA has now sent the NPRM to the Federal Register for publication.  Upon publication, the public will have 60 days to submit comments.

The “preamble,” which lays out the proposed legal interpretation, policy implications, and a summary of the cost-benefits analysis of the proposed repeal; and

Domestic versus global climate benefits: The previous administration compared U.S. costs to an estimate of supposed global benefits, and failed to follow well-established economic procedures in estimating those benefits.

“Co-benefits” from non-greenhouse-gas pollutants:  The Obama administration relied heavily on reductions in other pollutants emitted by power plants, essentially hiding the true net cost of the CPP by claiming benefits from reducing pollutants that had nothing to do with the rule’s stated purpose.

Energy cost and savings accounting: The Obama administration counted “energy efficiency” results of their rule as an avoided cost, resulting in a cost estimate being considerably lower than it would have been if they used the appropriate practice of considering these effects as benefits, rather than subtracting them from costs. Had the Obama administration used the Office of Management and Budget’s longstanding requirements and accounted cost and savings accordingly, it would have presented a more accurate accounting of the total cost of the CPP.

The CPP had the very lofty goal of reducing greenhouse gas emissions by nearly 30 percent from 2005 levels by 2030. It disproportionately targeted rural America (i.e. states that voted for Romney in 2012), and even Democratic state attorneys general from Missouri and Kentucky were lining up against the regulation, noting the catastrophic impact it would have on their states. Blessedly, the Supreme Court issued a stay on the power plant regulation, which helped stopped the bleeding, though the Obama administration’s war on coal has already left scars.