Oh, So This Is Why The New Mexico Judge Granted Possible Islamic Terror Suspects Release On Bond 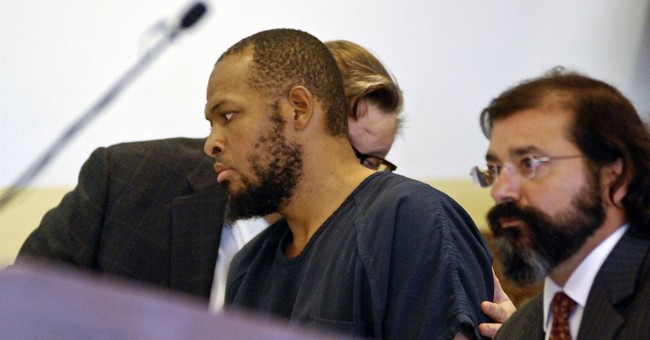 Earlier this month, authorities raided a compound in New Mexico, where 11 children living in squalor were found. One child was dead. Three women, a man, and Siraj Wahhaj, 39, were arrested. The details are disturbing. They were reportedly training these children, whose age range from 1-15 years, to commit school shootings. There are also obvious charges of child abuse. These are serious charges. There is a public danger argument, which is why the state wanted the suspects to remain in jail until trial. Well, Judge Sarah Backus felt differently, saying the state failed to meet that benchmark in their preliminary arguments and allowed most of the detained to be released on $20,000 bond. Siraj remains in custody due to a Georgia warrant for his arrest, he’s accused of kidnapping his son, who died while allegedly performing an exorcism. Siraj’s father, same name, is an unindicted co-conspirator of the 1993 World Trade Center bombings. He says the child who died in the compound is his grandson (via NBC News):

So, how did four of the five suspects received bail from this judge? Oh, well, she’s set low bail for violent offenders before (via Fox News):

The state judge who on Monday set a $20,000 bail for five defendants arrested at a remote New Mexico compound where authorities say children were being trained to conduct school shootings has a history of issuing low bail to violent offenders.

Judge Sarah Backus, an elected Democrat, ordered the two men and three women to wear ankle monitors, have weekly contact with their attorneys and not consume alcohol or own firearms while on bail. She said although she was concerned by “troubling facts,” prosecutors failed to articulate any specific threats to the community.

Just last month, she set a $10,000 bond for Rafael Orozco, a 24-year-old Taos man accused of battering his girlfriend, his newborn child and a health care worker at Holy Cross Hospital in September 2016.

Police said Orozco prompted a lockdown at the hospital after punching his girlfriend as she breastfed their newborn in front of a male doctor, the Santa Fe New Mexican reported. Cops said Orozco then grabbed the mother by the throat and slapped the baby.

Orozco reportedly fled the hospital and was arrested in Rio Arriba County a few months later. While in prison, Orozco was accused of other crimes, including obtaining Suboxone, an opioid medication, and pulling a fire alarm. A year later, he and his brother, Cristian Orozco, were charged with assaulting and threatening a guard.

In September, Backus approved an order to incarcerate Orozco at the Lea County Correctional Facility until his trial. His defense attorney recently filed a motion arguing for his release and last month, Backus ruled in his favor.

The New Mexico compound suspects could be released today, according to KOB 4, who also issued some grisly details about the reported exorcism of Siraj Wahhaj’s son:

Four of the five adults arrested after a raid in northern New Mexico earlier this month could be released from jail as early as today.

The FBI also weighed in on the case for the very first time. FBI agent Travis Taylor testified saying that, according to interviews conducted between the FBI and two teens from the compound, Siraj Wahhaj would lead rituals that included reading from the Quran and centered on his son, who authorities said suffered from seizures.

"During these rituals, per witness statements, the victim, Abdul (Ghani Wahhaj) would begin to choke and have white foam or slime come from his mouth and then pass out," Taylor said.

According to Taylor, the children were led to believe that the child, Abdul-Ghani Wahhaj, "would become Jesus" when his demons were exorcised. He added that once the child "became Jesus," he would instruct the others of the property or the family what corrupt institutions to get rid of."

A body believed to be a child was found on the property in the days following the raid, but the Office of the Medical Investigator has yet to definitely identify it.