Brace Yourselves: Al Sharpton Says He Might Run For President Again 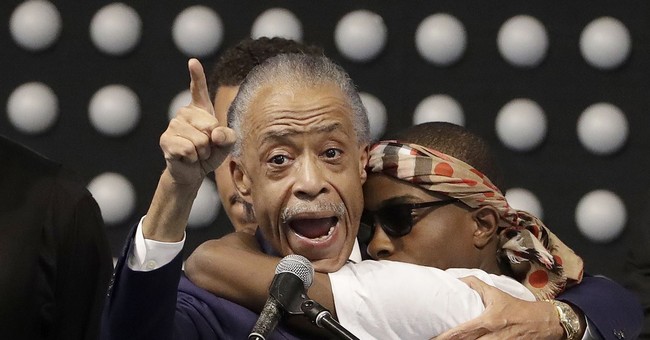 Well, the left wing circus is coming. In two years, the Democratic Party is going to have everyone and their mothers vying for the presidential nomination and the chance to take on Donald Trump, who has so far this year created three million jobs, increased wages, and clinched four percent economic growth for the second quarter—all of this thanks to the GOP’s tax reform package. Frankly, at this point, Democrats are triggered that Trump won. That’s it. They don’t like what he says, what else is new. On policy, Trump is not extreme. It just gets lost with his personality, which at times should dial it back, though it drives liberals insane. That’s A-plus entertainment.

Still, the 2020 field is full of candidates who are left wing and are hemmed in by shoddy name recognition. All are mostly from the coast of northeast, who have zero connection with those they need to win back in order to win the next election: white working class voters. It’s a field that already reeks of elitism (via Free Beacon):

MSNBC host and civil rights activist Al Sharpton said in a new interview he won't rule out a run for president in 2020, adding he isn't currently mounting a bid.

"I never rule anything out," Sharpton told BuzzFeed News.

Well, if he does toss his hat in the ring, you can expect more supercuts like this: