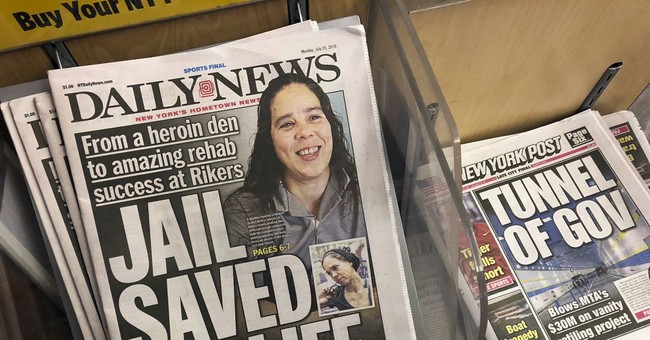 Mondays are usually brutal. For many at New York Daily News, it was their last day of work. The paper took an axe to the editorial team, slashing it by 50 percent. NBC News reported that Tronc, the media conglomerate that owns the Daily News, lost nearly $100 million between 2014-2016 (via NBC News):

The New York Daily News announced on Monday plans to eliminate half of its newsroom as part of a broader effort to refocus the newspaper.

Daily News staff members were notified of the cuts in an email sent by the company's human resources department. The note also detailed a new direction for the paper, with an increased focus on breaking news, particularly stories about crime, civil justice and public responsibility. The paper will still cover local news and sports, the email said.

Journalists for the newspaper were called to a 9 a.m. meeting and then told to wait for the email, which notified them of the cuts and the paper's new direction.

The email also notified employees that editor-in-chief Jim Rich and managing editor Kristen Lee were among those leaving their jobs. Rich tweeted early Monday an ominous warning: "If you hate democracy and think local government should operate unchecked and in the dark, then today is a good day for you."

My statement on the layoffs at the @NYDailyNews: pic.twitter.com/R1FflH98DX

CNBC added that the news organization’s entire social media team was let go. A few of them seemed to still have access after they were given their pink slips, as a GIF of a confused John Travolta from the film Pulp Fiction was posted, along with a Charlton Heston screaming “it’s a madhouse” from Planet of the Apes. These tweets have since been removed from the official NY Daily Newsaccount.

YouTube videos of the GIFS are here. Side note: both films are excellent.

We can pop champagne and jump for glee that an anti-Trump, pro-gun control newspaper is gutting its staff. A part of me seriously wants to do that, but while the Daily Newsdid endorse Hillary Clinton in 2016. They endorsed George W. Bush in 2004 and Mitt Romney in 2012. Okay—maybe a broken clock is right twice a day, but the paper wasn’t an entirely a liberal bastion, at least not until 2016. Regardless, I won’t engage in schadenfreude over this. Frankly, we’re all to busy with other stuff, and being someone who has been let go, it sucks. It’s not fun. So, let’s take this for what it is and move on. We have a larger threat to defeat: the Democratic Party.