Yes, Another Liberal SCOTUS Meltdown Is Coming...And It Could Be One For The Record Books 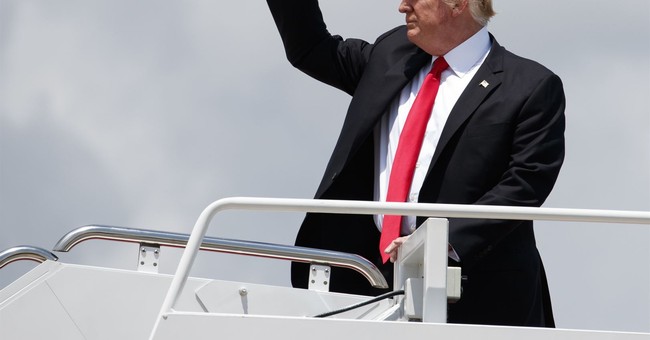 The first meltdown over the Supreme Court was epic. Justice Anthony Kennedy let the Trump White House know shortly after the official end of the 2017 term that he’s out by the end of July. He’s heading into retirement and creating a vacancy that gives conservatives the opportunity to have a solid majority on the Court. Of course, the Left went into full meltdown mode. From liberal journalists to former Clinton officials and strategists, it was a mix of flipping off Justice Kennedy and warning red state Democrats not to cave on whoever President Trump pick unless they’re fine getting zero help from the national party. MSNBC’s Chris Matthews even suggested that “vengeance”must be executed against this nominee, who will be revealed on July 9. Yeah, these people are still sour over Senate Republicans invoking the Biden rule over Merrick Garland’s failed nomination.

CHRIS MATTHEWS: I think the Democrats, as I said a few moments ago, have to fight this tooth and nail. They have to use every process, opportunity, they have to stop this until next year, when we have a new Senate. We don’t know whether the Senate will be Republican or Democratic-dominated. But to give this to the Republicans when they control this Senate basically 51, or 50 to 49 really, with John McCain perhaps not voting again – to give them this last chance to pack the court 5-4 again, hard conservative. I again, I say this, the base will attack the leadership for this if they allow it to happen and they should. Because this is time for vengeance for what happened two years ago. And if they don’t wreak the vengeance now, with four and a half weeks – four and a half months to go before the election, they will not look very strong to their base and I think they’ll be under attack and you’ll see more Joe Crowley’s go down.

Democrats have to do anything and everything to block any action on the Supreme Court until after the mid-term elections. If they cave they will be fully complicit with McConnell’s crimes and no better than the GOP. They have to resist at all costs.

We only have to find a way to stall/block Trump’s Supreme Court nominee until the midterms, after which the Dems will control the Senate and officially shut it down. But everything depends on us stalling it. Call. March. Take the streets. Whatever. Your life now depends on this.

“I don’t think any Democrat is going to go along with a Trump appointee to the Supreme Court. Not if he or she wants to raise any money or have any volunteers.”

We’ve been saying this all week, but the situation is shaky. It has to be done this year, which us what Senate Majority Leader Mitch McConnell (R-KY) has already stated is the course of action; hearings next month with a final confirmation vote in the fall. It’ll be just in time for the midterms. Supreme Court nominees were very important to 21 percent of the 2016 electorate—and 56 percent of that slice broke for Trump. Tax cuts, the booming economy, the ability to have a solid conservative majority on the court for the next generation all should be issues that get the GOP base animated. Moreover, the notion that the Trump agenda, which has created another solid jobs report, three million jobs, the lowest unemployment rates in years, and the highest consumer and small business confidence ratings in decades, could end if Democrats takeover should scare any Republican to vote in November. In the Senate, it’s quite possible that we end up with a 50-50 split. And Sens. Murkowski (R-AK) and Susan Collins (R-ME) could defect, derailing Trump’s nominee. Again, let’s see what happens after Monday. Maybe one or two red state Democrats will defect as well. We’ll see. But if the first meltdown over a SCOTUS retirement announcement was any taste of what's to come in this fight, just imagine when the Trump pick is finally revealed. It’ll be a character assassination like no other. The Democrat-media complex has already tried to smearthe potential nominees that have been floatedaround, as have actual Democrats, and they’ve backfired magnificently.