Reckless: The Rush To Blame Trump for Maryland Newspaper Shooting Blew Up In The Left's Face 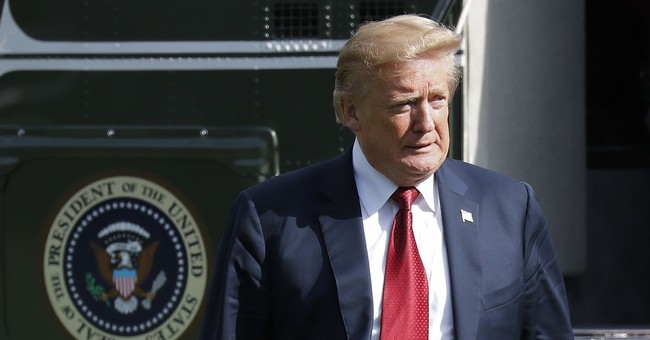 On Thursday, there was a shooting at the Capital Gazette in Annapolis, Maryland. Five people were killed. The shooter, Jarrod Ramos, 38, was identified using facial recognition technology because he had mutilated his fingertips. This shooting represents one of the deadliest attacks on journalists in American history. The NYPD dispatched units to every major news network in the city out of caution. It’s an atrocity. It’s tragic. There are really no words for it; senseless comes to mind. In the midst of tragedy hitting their offices, The Capital still reported on the attack. Ramos used a shotgun to commit this crime, which was labeled a targeted attack (via The Capital):

A gunman blasted his way into the Capital Gazette newsroom in Annapolis with a shotgun Thursday afternoon, killing five people, authorities said.

Journalists dived under their desks and pleaded for help on social media. One reporter described the scene as a “war zone.” A photographer said he jumped over a dead colleague and fled for his life.

The victims were identified as Rob Hiaasen, 59, a former feature writer for The Baltimore Sun who joined the Capital Gazette in 2010 as an assistant editor and columnist; Wendi Winters, 65, a community correspondent who headed special publications; Gerald Fischman, 61, the editorial page editor; John McNamara, 56, a staff writer who had covered high school, college and professional sports for decades; and Rebecca Smith, 34, a sales assistant hired in November.

Two others were injured in the attack that began about 2:40 p.m. at the Capital Gazette offices at 888 Bestgate Road in Annapolis.

Police took a suspect into custody soon after the shootings. He was identified as Jarrod W. Ramos, a 38-year-old Laurel man with a long-standing grudge against the paper.

“This was a targeted attack on the Capital Gazette,” said Anne Arundel County Deputy Police Chief William Krampf. “This person was prepared today to come in. He was prepared to shoot people.”

The rest of the media should have taken note. There was no drama, commentary, or jumping to conclusions with this story. The publication also had stories about the colleagues that they lost, which also served as a final goodbye  Still, plenty of anti-Trump folk on social media could not help but blame one person for this shooting: the president of the United States. No, I’m not kidding. Not shocking, I know—but it’s just totally unspooled. Ramos’ beef with The Capital stems back to 2011. In 2012, a defamation lawsuit was dismissed. All of this predated Trump as president, but it’s convenient. It’s reckless, and totally predictable that the Left stepped on a rake doing this. God bless Twitchy for doing this; I would go insane finding the worst of the worst on liberal Twitter.

There doesn't appear to be a connection to Trump's rhetoric based on what's available online by the Capital Gazette shooting suspect. His bizarre feud with the paper goes back to at least 2011.

This is Trump’s fault https://t.co/np37nhNmAR

Suspected killer at the Capital Gazette identified as Jarrod Ramos - and yea, definitely nothing to do with Trump's anti-media rhetoric and calling press the "enemy of the people." pic.twitter.com/amPfIdhgLE

You are responsible Donald Trump.

And if the Republican leadership doesn’t publicly condemn Trump, they too are guilty through silent complicity.

Same goes for the death threats Rep Waters is getting. https://t.co/VC2UKJtJVC

I am writing it all down so we can find our way back, but in the chaos, we are losing our country.

I know we don’t know anything right now, but I’m not going to be surprised if @realDonaldTrump helped kill my friend. Was that civil enough or everybody?

I don’t want to hear the phrase “fake news” ever again.

The shooting today in the Capital Gazette newsroom in Annapolis, Maryland cannot reasonably be separated from the President's mission to villainize the press as "the enemy of the American people."

So then the shooting up of the GOP baseball game last year by a Bernie supporter should be blamed on who then?

It’s the age of Trump Derangement Syndrome, if you think the media, everyone really, would slow their roll on stories like this in the Trump-era. Nope, not in the least bit, which ends up with the whole industry having egg on its face. When The New Republic notes this tragic and heinous shooting stemmed from the Obama-era days, you know a) it’s not Trump’s fault (so ridiculous we have to say this); and b) the Left stepped in it.

Man attacks newspaper for reporting on him in 2011: CAUSED BY GOP POTUS!

We know this wasn’t Trump’s fault. This whole game of blaming Trump for every little thing by the liberal media is only emboldening his supporters and pushing the reluctant ones more into his camp for 2020.

Five people are dead—and the Left couldn’t resist trying to turn this into another (failed) attack on the Trump White House. That’s rather deplorable.

CNN’s Jim Acosta also got towel slapped when he tweeted, “No comment from Trump on Annapolis shooting as he returned to WH.” Trump had delivered a statement via Twitter, “Prior to departing Wisconsin, I was briefed on the shooting at Capital Gazette in Annapolis, Maryland. My thoughts and prayers are with the victims and their families. Thank you to all of the First Responders who are currently on the scene.”

Shooter Ramos is facing five counts of first-degree murder. Thoughts and prayers are with Annapolis and The Capital.

I can't sleep, so I'll do the only thing I can and report.

Jarrod Ramos, 38, of Laurel, was charged with five counts of first-degree murder in the shooting death of 5 Capital Gazette staffers

He will have a Bail review tomorrow at the Annapolis District Courthouse at 10:30 a.m. pic.twitter.com/B3KaZIQJQc