Hey, Liberal Media, Canada Also Detains Migrant Children And Separates Them From Their Parents. Are They Nazis Too? 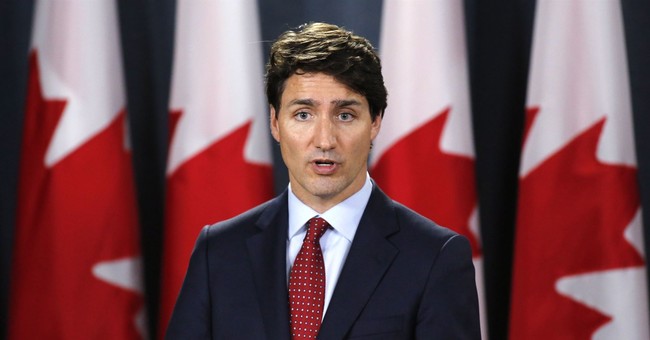 Right now, the Trump White House was forced to sig nan executive order that ended the separation of illegal alien parents from their children at the border. It caused days of mass hysteria on the Left. We’re becoming Nazi Germany. Immigration and Customs Enforcement is a fascist federal law enforcement agency. These kids are in concentration camps. It was a full-blown exercise in insanity. I am unapologetic in this position: I want our immigration laws enforced. I want illegals deported, especially the gang-members that have poured across the border. Also, illegal aliens, don’t bring your kids along in this venture. Many a politician, Democratic and Republican, have said if the kids get here, we’ll send them back. What kills me is the position that these people take the jobs Americans don’t want. Right, so that gives them a pass to break federal immigration law? No. Sorry—that’s not how this works. If you’re not here legally and you get caught, pack your bags. You’re getting the hell out of here. What irritates the Left so much is that with Trump, we’re actually having our laws at the border enforced.

Still, the appeal to feelings—because liberals are all about feelings and all that sentimental crap—forced the Trump White House to cave. So, they did—and guess what—we’re still like Nazi Germany. It’s becoming increasingly clear that Democrats care more about illegal aliens than Americans, but that’s for another time. My question is when will the Left go after Canada? They detain migrant children. They’ve separated them from their parents. And in some cases, they’ve detained these for months at a time. My God—most of North America is Hitler, or something (via CBC News):

…Canada has also detained migrant children — and in some cases, has restricted access to their asylum-seeking parents — despite its stated policy to do whatever possible to avoid it.

Last year, 151 minors were detained with their parents in Canadian immigration holding centres.

Eleven others were held in custody unaccompanied by an adult, according to the Canada Border Services Agency. The CBSA would not speculate on the circumstances surrounding why a minor was unaccompanied.

The Canadian holding centres, which are off limits to the public, resemble medium-security prisons. They are surrounded by razor-wire fences and kept under surveillance by guards.

There are three such facilities across Canada, in Vancouver, Toronto, and Laval, Que. In some provinces, asylum seekers are detained in prisons.

A recent McGill University study found that detention can be a "frightening experience" for children, leaving them with "psychiatric and academic difficulties long after detention."

Inside, boredom is "pervasive," as children are often left "idle, sleeping or lying on the couches for long periods during the day."

The minors detained last year spent an average of 13 days in custody, but the time period can vary significantly.

The study recounts how, in one instance, a six-year-old girl detained for more than six months asked her parents, "Are they gonna keep us here permanently?"

Canadian Prime Minister Justin Trudeau tired to claim the high ground criticizing Trump’s immigration enforcement agenda saying, “This is not how we do things in Canada." Yeah—you do, bro, so here’s a piping hot cup of shut the hell up.

Yeah... about that, @JustinTrudeau pic.twitter.com/G0G5wQM2Kt

Will he face the heat like Trump? No, he’s a liberal. It’s totally ok to do this when a liberal is in charge, according to the media rules set forth by MSNBC and others.