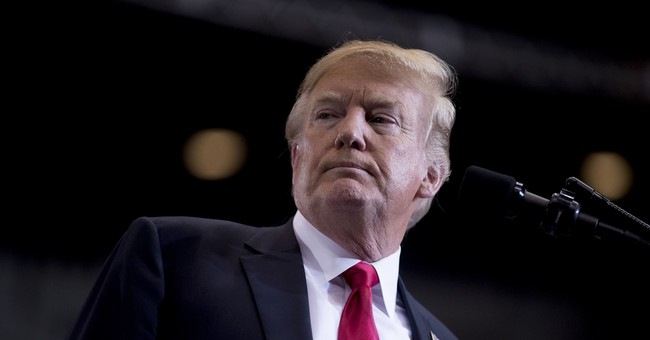 When you venture into these two areas while making a political point, it’s guaranteed that it’ll blow up in your face: Saying x, y, or z is like Hitler, or making any Nazi reference, and describing any event that you didn’t like as devastating as the 9/11 terror attacks. No, unless you’re specifically talking about Nazis from history or neo-Nazis, their loser counterparts, then nothing outside of those who espouse the race-based National Socialism is like the Nazis. And unless it’s a legitimate terror attack in which the carnage is beyond description, then nothing is as devastating as September 11. Yet, this is the Left. They’re all about the feelings.

McGrath, who recently won the Democratic primary for Kentucky's 6th Congressional District, spoke at a "Meet the Candidates Series" event on Nov. 20, 2017 where she said she woke up the morning after Trump was elected feeling as if she had been sucker punched.

"And then, of course, the results of the election, we have a new commander-in-chief. And that morning I woke up like somebody had sucker punched me. I mean, I felt like, ‘what has just happened to my country?’" McGrath said at the event hosted by Indivisible Bourbon County.

"The only feeling I can describe that's any close to it was the feeling I had after 9/11," McGrath said. "‘What just happened, where are we going from here,' and it was that just sinking feeling of sadness, and I didn't know what to do."

Liberals of America, it was an election. You lost. Period. Get over it and move on. Hillary Clinton will never be president—ever. She’s a two-time loser. It happens. It’s not the end of the world. In fact, the Trump White House could be bringing more peace to the world if these Korean nuclear talks are successful. It’s not like 9/11. You’re a former military veteran, Ms. McGrath. You should know better. And she’s not the only Democrat who’s stopped on a rake in liberal America’s campaign to retake the House.

Democratic Virginia State Sen. Jennifer Wexton, who is running in Virginia-10 against incumbent Rep. Barbara Comstock, had actors posing as cops in a campaign ad. One of those posing as law enforcement was a Wexton campaign staffer. Up North, in New York’s 19th district, Democrat Brian Flynn, running to boot Rep. John Faso (R-NY), railed against the billionaire class, the rich, and one percent, also known as the job creating and investing class, in a full page ad in the Albany Times Union. It’s awkward. As The Washington Examiner noted, he’s sporting a Rolex valued at nearly $9,000 in that ad.

If the economy remains strong, and it’s projected to be, then we can rest a bit easier. No one wants to hear some Democrats whine about how Trump’s win was a punch to the gut. Why does she feel that why if I have a larger paycheck, job security, and economic growth? Okay—Rolex man, you complain about billionaires, well, I got a bonus check from my employer. I’m seeing economic opportunity sprout. I’m seeing economic activity trickle down. More Americans are seeing the economy grow. Unemployment is at a record low, and wages grew by 2.7 percent. There are more jobs than job seekers. And three million jobs have been created since Trump was elected. Over three million working families have received bonuses from their employees averaging $1,000. In some cases, it’s been as high as $3,000. The climate is better. The economy is better. The GOP did that. Trump did that. The Democrats want to kill it. It’s that simple because, well, Democrats are wizards at the politics of misery. If people are happy, they have to crush them. Everything sucks to them—and they want to make sure we all feel a little dead inside.