Sam Bee: Why Are You Focusing On Me Sexually Degrading Ivanka And Not Trump's Immigration Agenda 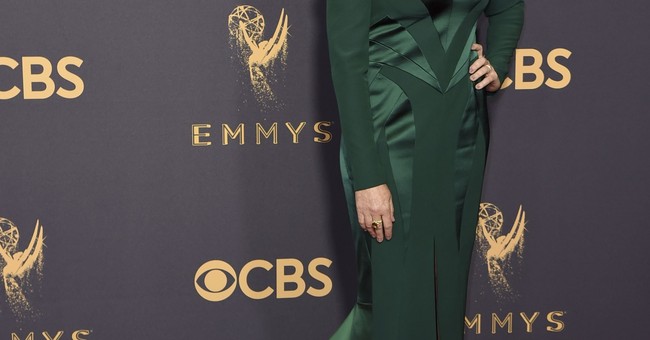 Lady, what do you think would happen? Samantha Bee called First Daughter and Senior Adviser to the President Ivanka Trump a “feckless c**t” on her show this week. It prompted an apology from Bee (after sponsors began to jump ship) and a flurry of criticism for this over-the-top and sexually degrading attack against Ivanka. Bee was attacking Trump’s immigration agenda and slammed Ivanka for…not doing anything about it. She also said that she should wear something provocative in order to sit down the president for a little chat. It’s outrageous. You see—in liberal land, conservative women represent a big obstacle. Therefore, they must be destroyed by any means necessary.

The issue that caused this blowup was the report that Trump’s enforcement policies were splitting up families. The Left is accusing the Trump White House of losing 1,500 kids. That’s not true, and the pictures of kids being detained by Border Patrol were taken from 2014, under the Obama administration. So, it was an epic self-own, almost as good as those self-inflicted wounds from CNN’s reporting staff.

Yes, Bee has the right to criticize the president—her point is lost when you drop the c-word. Nothing was going to come of this; anyone with cognitive function knew this was going to be about her calling a member of the First Family the c-word and not Trump’s immigration agenda. If you were wondering about the sincerity of Bee’s apology, look no further than her address to the 11thannual Television Academy Honors, which awarded Full Frontal with an award for “Programming that Advanced Social Change” (via IndieWire) [emphasis mine]:

We spent the day wrestling with the repercussions of one bad word, when we all should have spent the day incensed that as a nation we are wrenching children from their parents and treating people legally seeking asylum as criminals,” she added. “If we are OK with that then really, who are we?”

Bee continued by standing by the mission of her show: “I can tell you, as long as we have breath in our bodies and 21 minutes of airtime once a week, repeats on Saturdays, that we as a show will never stop shouting [about] the inhumanities of this world from the rooftops and striving to make it a better place. But in a comedy way.”

“Full Frontal” was honored for its coverage of the Time’s Up and #MeToo movements, noting that for Women’s History Month, the show took on the lack of information about women’s health in the medical community.

Our staff poured everything we have into these #MeToo pieces,” Bee said while accepting the award. “They wrote jokes through tears and panic attacks, they pushed each other to be honest and more fearless. I can only imagine what it takes to say these powerful famous, admired men abused me and I won’t be silent. No matter the consequences, Me Too. Leaders of the #MeToo movement are changing the world. And we are honored to stand with you and support you as best we can. There is power in saying what you feel without apology… OK, and sometimes you also have to apologize.”

Bee got plenty of laughter and applause for that line, as well as when she opened by declaring, “it actually means so much to accept this with everyone here behind me, these incredible writers and producers.”

Later, Bee also thanked her bosses at Turner, noting that “you always have our back and we appreciate that so deeply.”

The Television Academy Honors, now in its 11th year, spotlights programming “that creatively, accurately and responsibly addresses some of society’s most pressing concerns — programming that enlightens, educates, and motivates positive change.”

You see—it’s not that Bee and her minions are out of touch and not funny; it’s just that were all wrong, or something. Bless her heart. Honestly, I hope she continues to shout at the rooftops over what she thinks are inhumanities—and makes the Trump base stronger. Because that’s what she’s doing—she’s helping Trump win the 2020 election. Also, the MeToo reference is rich. First, because they praised an accused abuser of women as a superhero; and second because they actually think shouting stupid crap about their feelings is moving the needle in any way. It’s not. It’s only driving more people away from them.

I mean, are we talking about Trump’s immigration policies or are we debating how Sam Bee crossed the line with a horrific attack towards Ivanka Trump. Full Frontal shouted at the top of their lungs—and Trump still won. We’re not talking about immigration, everyone is offering a defense of Ivanka.