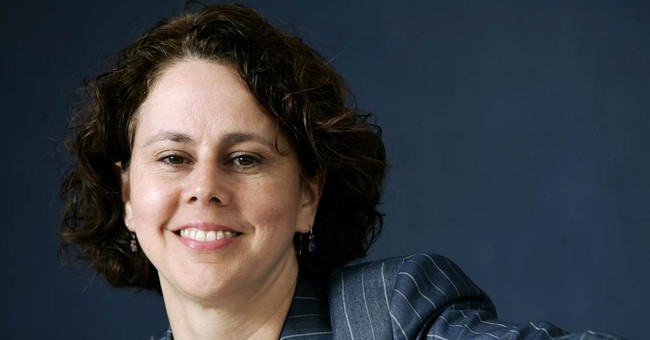 For two weeks we've seen headlines across mainstream media news outlets that the Trump administration is not only inhumanely separating children from their parents at the border, but they've lost approximately 1500 unaccompanied minors in the process.

This assertion is blatantly false and President Obama's White House Domestic Policy Council advisor Cecilia Munoz, who regularly advised the president on immigration issues, just proved it. Munoz oversaw the handling of the unaccompanied minor crisis of 2014, when children were sleeping in cages at federal detention and processing centers. From an interview with NPR (bolding is mine):

INSKEEP: Well, that leads us to the next step. HHS - that's the Department of Health and Human Services. Recently, they did a survey of children, like asking what happened to them, where are they now, and 1,475 or so who were supposed to be tracked by the agency were missing. Are those some of these same unaccompanied minors?

MUNOZ: That's exactly who these kids are. Right. So HHS - its job is to place the kids in the least restrictive setting. In the vast majority of cases, those kids had parents in the United States. Most of the time, those parents were also here illegally. So what I think has happened with those missing cases is in many cases those parents and kids have been reunited and they've gone off the grid. They don't want to be contacted by a government agency.

INSKEEP: Wait a minute. When I hear 1,475 kids missing, it sounds like an outrage. Are you telling me I shouldn't be that outraged?

MUNOZ: Well, look, there's always reason to be concerned. This is an agent - a federal agency which placed kids, in most cases, with their own families. That doesn't mean that every placement is terrific, but it's - the most likely case is that these are undocumented families and they don't want contact with the federal government.

Munoz is correct. Federal immigration authorities and Health and Human Services officials place unaccompanied children with sponsors or parents living in the U.S. illegally. Often times when they call as a followup, illegal immigrants don't answer the phone.

“We do place children here with people or parents who are here illegally," the official continued. “We are not able to deny placement [of children] to people in the country illegally.”

On the issue of children being separated from parents at the border, this is done for a few reasons. First, to verify the child actually belongs to a parent and isn't being trafficked. Second, every individual who crosses the border illegally is prosecuted by the Department of Justice.

"A crisis has erupted at our Southwest Border that necessitates an escalated effort to prosecute those who choose to illegally cross our border,” Attorney Jeff Sessions announced in April. "Illegally entering this country will not be rewarded, but will instead be met with the full prosecutorial powers of the Department of Justice."

When parents are arrested and taken in for processing to an adult detention facility, the children are not taken with them. Again, this is for the protection of the child and federal government policy does not allow children to be detained in adult centers for a number of reasons, safety included.