PA Republican Congressman: I'm Out In May, Folks 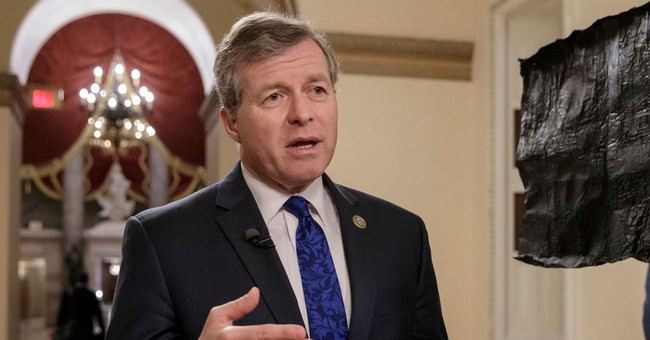 Rep. Charlie Dent (R-PA) is calling it quits. He already said he would not run for re-election in 2018, but the Pennsylvanian Republican has decided to make his exit in May. Dent, a cornerstone of the moderate wing of the GOP, the Tuesday Group, cited “personal reasons” for him leaving public life. Democratic Gov. Tom Wolf now has to decide what to do concerning Dent’s departure (via WaPo):

Rep. Charlie Dent (Pa.), a frequent critic of President Trump and a leader of the GOP’s moderate bloc in the House, said Tuesday that he will resign from Congress within weeks. His decision could set up a costly special election if the Democratic governor of Pennsylvania orders one.

Dent had already announced his retirement from Congress in September, citing personal reasons for the decision while also lamenting the marginalization of the “governing wing” of the Republican Party as the GOP has moved further to the right.

He said in a statement released Tuesday morning that he will leave “in the coming weeks.” He did not offer a reason for his decision to depart now rather than finish his term.

Pennsylvania election law requires the governor to issue a writ of election within 10 days of a vacancy, with an election to follow “not less than sixty days” later. Although the election could be held during “the next ensuing primary or municipal election,” Pennsylvania’s primary will be held May 15 — before any special election could be called. It is not clear whether Wolf would schedule an election so soon before the November midterm election will bring a full-term replacement for Dent.

While the media has focused on President Trump’s less than stellar approval ratings and the tax bill not being popular being the albatross around the GOP’s neck, the increased vulnerability also stems from the retirement avalanche that’s befallen Republicans ahead of the 2018 midterms. Solid GOP districts are now either leaning red or have become straight up toss-ups. In some cases, like PA-18, lower Republican turnout was understandable. For starters, the GOP congressman who represented the district, Rep. Tim Murphy, resigned under appalling conditions. He was a pro-life conservative who left in disgrace after texts revealed he might have pressured his mistress to have an abortion after a pregnancy scare. In light of the Me Too moment, Murphy decided to make his way for the exit. Scandal-ridden incidents that prompt such an exit could depress turnout. There were also shifts among white working class voters, and the Democrat, who won, Conor Lamb, positioned himself as an anti-gun control and anti-Nancy Pelosi. So, it’s not like uber-progressivism is the reason why he won. At the same time, the GOP should be a bit more optimistic about this year, as the Democratic generic ballot advantage for the Left has shrunk to the low single digits. Still, millions might have to be spent on territory that shouldn’t need such cash injections. History is against the GOP concerning how past midterms elections have played in years past. And we still have close to 200 days before we all head to the ballot box. A lot can happen.

Another factor that could play into a possible Democratic wave: the Left winning key statewide races, specifically the Pennsylvania Supreme Court, which now has a solid liberal majority; they threw out the old congressional map in Pennsylvania. Every year is an election year. Even with the threat of Hillary Clinton becoming president now no longer an issue, these people have not gone away. Democrats must be challenged at every level. Republicans have done well winning statewide races, clinching historic levels of control in governorships and state legislatures. Just because we beat the Clinton machine doesn’t mean the GOP’s work is done.

Dent’s last legislative move will be backing a bill that shieldsSpecial Counsel Robert Mueller from being fired.