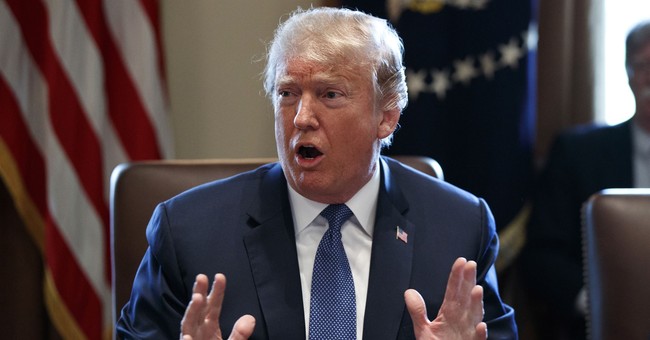 Liberal billionaire Tom Steyer wants to impeach President Donald J. Trump. He’s devoted quite a bit of money to the effort, placing ad buys, and trying to get more Democrats on the impeach train. The problem: they’re not biting. So, to get more of them onboard, he plans to shame them. It’s not that Democrats aren’t supportive of this initiative because they disagree. It’s because we have an election in November. Many are rightfully concerned that the impeach Trump battle cry is just too extreme to win over undecideds and more centrist voters needed to create a blue wave that could crash into Washington D.C. So far, the position from congressional Democrats is that they’re waiting for Special Counsel Robert Mueller to conclude his probe into possible collusion between the Trump campaign and the Russians. Steyer says there’s no need, as the evidence is already there (via San Francisco Chronicle):

Billionaire activist Tom Steyer is bringing a nationwide town hall tour promoting President Trump’s impeachment to Oakland, but he’s got more in mind than leading a pep rally for Bay Area liberals. He intends to shame Democrats who aren’t cheering along with him.

“I think there’s a question about what people are willing to say in public that they know is true,” said Steyer, a former San Francisco hedge fund manager who commands attention in left-leaning circles for the tens of millions he’s spent on registering voters and backing Democratic candidates.

“I don’t think it’s helpful for anyone to be pushing impeachment before the investigation is finished,” Rep. Adam Schiff of Burbank, the top Democrat on the House Intelligence Committee, told The Chronicle’s “It’s All Political” podcast earlier this year. While there is a legal standard for impeachment, he said, there “also a political standard. Can you make the case for impeachment in districts around the country?

“That case will be more difficult to make if it looks like this is where we wanted to go all along,” Schiff said.

To Steyer, it’s an outrage that in an area with one of the nation’s highest concentrations of Democratic voters, six House members — Pelosi, Swalwell and Democratic Reps. Jackie Speier, Ro Khanna, Anna Eshoo and Zoe Lofgren — voted against an impeachment resolution in January.

Still, the Democratic Party is holding firm—for now—concerning impeachment talk. The Chronicle added that if something is found felonious on Trump that’s felonious, Republicans could be persuaded to back an impeachment measure. That remains to be seen, and after one year into this investigation—there’s no evidence of collusion and the president is not the subject of a criminal probe. It boils down to progressives wanting to bypass the Constitution, impeach Trump, and remove him because Hillary Clinton lost. It’s pathetic. The far Left wants to impeach Trump no matter what—and they don’t care about winning elections apparently. The current Democratic crop on the Hill is coy, saying they don’t want to impeach, but they’ve laid the foundation for such  action should they retake the House this November. Rep. Jerrod Nadler’s (D-NY) selection to fill the top spot left by Rep. John Conyers (D-MI) on the House Judiciary Committee shows the intent; Nadler is reportedly a constitutional scholar. Still, as Democrats try to quietly get the pieces in place for a possible fight, the leadership is reportedly frustrated by the impeach crusade by Steyer. His response: “too bad” (via Free Beacon):

As Tom Steyer has ramped up his "Need to Impeach" campaign, Democrats have urged him behind the scenes not to focus on Trump’s removal, the New York Times reports. This has led to party leaders’ increasing frustration with Steyer, who has already spent $20 million on advancing impeachment and has pledged to spend $30 million to mobilize young voters in the 2018 midterms.

Steyer said in an interview that Democratic leaders should not hesitate to talk about impeachment.

"We’re just telling the truth to the American people, and it’s an important truth," Steyer said about his campaign. "And if you don’t think it’s politically convenient for you, that’s too bad."