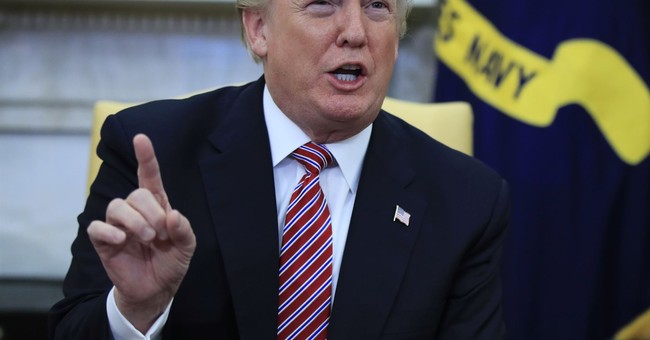 Demoted Department of Justice official Bruce Ohr is about to get towel slapped again. He was the associate deputy attorney general and headed up the Organized Crime Drug Enforcement Task Force. Then, it was revealed that he had met with the author of the Trump dossier, Christopher Steele, and the founder of the firm that hired him, Glenn Simpson of Fusion GPS.

Fusion, a research firm, was hired by the Hillary Clinton campaign, which then contracted Steele, a former MI6 operative, to gather information on Donald Trump during the 2016 election. This dossier, which is largely unverified, was used to obtain a FISA warrant against former Trump adviser Carter Page; a piece of partisan political opposition research was used to spy on someone who worked for the opposing presidential campaign.

Ohr’s wife, Nellie, worked for Fusion GPS during the election, but he never disclosed that on his ethics forms. He didn’t apply for waivers either. The Daily Caller had the scoop, adding that willingly falsifying government ethics forms is a criminal offense; Ohr was rather vague on them and wasn’t transparent about the fact that the research firm was paying his wife:

Bruce Ohr, the Department of Justice official who brought opposition research on President Donald Trump to the FBI, did not disclose that Fusion GPS, which performed that research at the Democratic National Committee’s behest, was paying his wife, and did not obtain a conflict of interest waiver from his superiors at the Justice Department, documents obtained by The Daily Caller News Foundation show.

The omission may explain why Ohr was demoted from his post as associate deputy attorney general after the relationship between Fusion GPS and his wife emerged and Fusion founder Glenn Simpson acknowledged meeting with Ohr. Willfully falsifying government ethics forms can carry a penalty of jail time, if convicted.

For 2014 and 2015, Bruce Ohr disclosed on ethics forms that his wife was an “independent contractor” earning consulting fees. In 2016, she added a new employer who paid her a “salary,” but listed it vaguely as “cyberthreat analyst,” and did not say the name of the company.

The DOJ says, “Financial disclosure reports are used to identify potential or actual conflicts of interest. If the person charged with reviewing an employee’s report finds a conflict, he should impose a remedy immediately.” Its guidance says, “employees should always seek the advice of an ethics official when contemplating any action that may be covered by the rules.”

Paul Kamenar, a Washington, D.C., public policy lawyer experienced in executive branch ethics and disclosure laws, said, “Based on my reading of the regulations and disclosure guide accompanying the form, he failed to disclose the source of his wife’s income on line 4 by not including the ‘name of the employer.'”

Yes, this is related to the overall Trump-Russia investigation by DOJ, which is headed up by Special Counsel Robert Mueller. Yet, as we fail to uncover any direct evidence that the Trump campaign colluded with the Russians during the 2016 election, we have drifted into the conduct of the FBI over the past year or so and it’s not pretty. While the collusion evidence is lacking, the FBI’s unethical and unprofessional behavior is pervasive. Tens of thousands of texts between a top FBI counterintelligence agent Peter Strzok to bureau lawyer and mistress Lisa Page that are explicitly anti-Trump, pro-Hillary, and filled with eyebrow raising excerpts. Strzok was part of the Hillary Clinton email probe and signed off on the FBI’s collusion investigation in July of 2016. Page worried that the bureau was going too hard on Clinton, while Strzok, in August of 2016, mentioned an “insurance policy” after he and Page met with then-Deputy FBI Director Andrew McCabe. The insurance reference is alleged to be the dossier. Two top officials showing bias in some of the most sensitive investigations in recent memory is troubling. So much so that when Mueller found out about the texts, Strzok found himself reassigned to human resource in August of 2017.

Page was spied on based on shoddy information, which was assisted by the wife of the once-top level DOJ official, who didn’t disclose that his wife was being paid by Fusion GPS. And he met with the firm’s founder and author of the dossier without telling anyone. The FBI has seen better days. Right now, they’re being drawn closer into the eye of the storm.