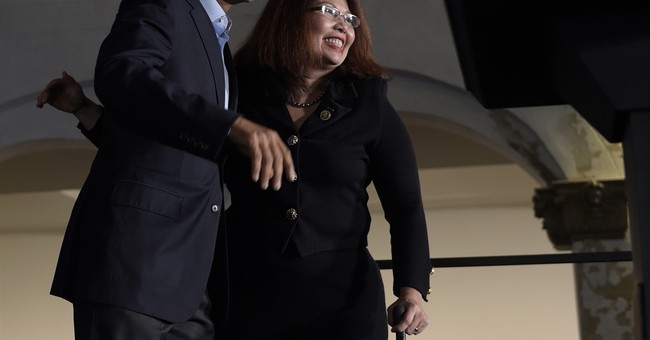 Whether it’s been a long-held conviction or one that’s arrived at the begrudgingly, some Democrats, specifically those in the Midwest, know that their party is a bit isolated from the rest of the country. The Democratic Party may be feeling high heading into the midterms, but it’s in an overall shambles. The Democratic National Committee has been abysmal at raising money. They have no leader. They have no message. They have no agenda. There are no Obama-like messages of hope. There’s no resonating economic message either. It’s all we hate Trump, which gets the die-hard progressives riled up, but that’s not enough to win. The party is an urban-based and coastal party. One-third of the House Democratic caucus comes from three states: New York, Massachusetts, and California. Sen. Tammy Duckworth (D-IL) knows the challenges her party faces, warning that they cannot be a party that is solely focusing on one group or groups of people, while discarding the rest.

She seems to warn her party about only embracing identity politics, immigrants, and minorities concerning Democratic outreach. It’s a much better message when you show that care about everyone. Duckworth made these remarks in a podcast for Politico (via Washington Examiner):

We have to care about everyone,” she said. “We can’t just care about minorities, or immigrants, or identity politics.”

In fact, that’s partially what led them into their current state. Yet, even if Democrats manage to craft something that resonates with voters, it could be a moot point. Right now, the GOP tax bill, which every Democrat voted against, is gaining in popularity. The Democratic generic ballot advantage Democrats had shrunk into low single-digits. Trump’s approval ratings have also spiked. So, as more Americans benefit from this tax reform, it seems trying to clip the identity politics hold is the least of their worries.