Utah GOP Chairman: Romney Is Pulling A Hillary Clinton With This Senate Run 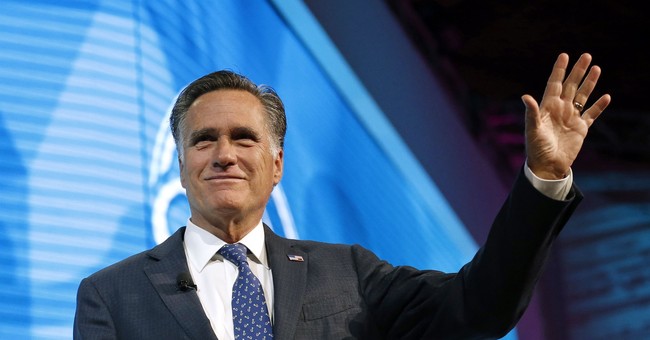 Well, it’s official: Mitt Romney will be running for U.S. Senate seeking to fill the vacancy that will be left by outgoing incumbent Republican Orrin Hatch. The announcement will be made via video tomorrow around 11 A.M. EST (via CBS News):

Three people with direct knowledge of the plan tell the Associated Press Romney will formally launch his campaign in a video on Thursday. His first public appearance as a Senate candidate is scheduled for Friday in Utah. The people who provided the information asked for anonymity because they were not authorized to talk about Romney's plans in advance.

A source close to Romney who is familiar with the announcement said the video message will be released on social media at roughly 9 a.m. local time, 11 a.m. EDT.

Romney, the source said, doesn't intend to tap his vast network of donors at this point because he wants a mostly retail-focused campaign. He will not, the source said, be seeking Republican dignitaries from Washington to help him in the campaign trail.

Romney will probably win in a landslide. Yes, the GOP will hold the seat, but not everyone is happy about it. Utah’s Republican Party chairman is certainly not enthusiastic, likening the former Massachusetts governor’s second swing at public life to Hillary Clinton’s 2000 Senate run. He also noted that Romney has no real ties to the state, and that him jumping in is keeping better candidates out of the running (via The Salt Lake Tribune):

The Utah Republican Party chairman blasted Mitt Romney’s anticipated Senate run, hitting him for “essentially doing what Hillary Clinton did in New York” — campaigning in a state he hasn’t spent much time in.

“I think he’s keeping out candidates that I think would be a better fit for Utah because, let’s face it, Mitt Romney doesn’t live here, his kids weren’t born here, he doesn’t shop here,” Rob Anderson told The Salt Lake Tribune in an interview.

Still, Anderson, who is generally seen as a moderate voice within the Utah GOP, suggested that Romney is just “using name recognition to win a seat.”

“I have two questions for Mitt. First of all, why? And how do you expect to represent Utah when you don’t live here?”